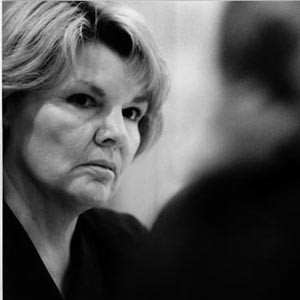 THE SANTA ROSA City Council engaged in some furious backpedaling this week, voting to undo the week-old appointment of a planning ommissioner who failed to turn in his application on time and who has a glaring potential for conflict-of-interest tangles.

After two rounds of straw balloting, the council voted 5 to 2 last week to appoint Ghilotti Construction Co. manager Paul Donaldson to a four-year term replacing retiring Commissioner Frances Dias. Councilwoman Marsha Vas Dupre voted for Donaldson, then went on the warpath after learning that he submitted part of the application for the position 11 days after the Nov. 19 deadline and waited another 42 days to turn in the completed form.

Donaldson’s employer, Ghilotti Construction, has numerous contracts with developers whose projects would come before the Planning Commission and the City Council. Donaldson maintained that his job would not hamper his ability to fairly perform as a commissioner.

“Something stinks in Santa Rosa,” Vas Dupre writes in an e-mail to Usual Suspects. “I would guess that some incentives were provided to the four majority members of the council to convince them that this young, unseasoned man be selected for the Planning Commission.”

The city followed its usual procedure when searching for a new planning commissioner: the position’s requirements–and its application deadline–were listed in the local daily newspaper on Nov. 10.

Twelve people submitted applications, and Vas Dupre and City Councilwoman Sharon Wright, acting as the council subcommittee, whittled the field to five applicants, who interviewed for the position on Jan. 18.

But, says Dean, by not following the accepted selection process, the council is treading on thin ice. “The worst of all is the appearance that the majority on this council is making a backroom deal, once again bending the rules to fulfill a hidden agenda,” Dean told the council at this week’s meeting.

“Nobody through the whole process told me I had missed any dates,” says Donaldson, who adds that the council is “hanging” the reversal of his appointment on his late application. The real reason, he says, is “politics,” although he declines to be more specific.

AT THIS WEEK’S council meeting, City Manager Ken Blackman blamed his former secretary, as well as the screening committee and the City Council, for failing to note the tardy date on Donaldson’s application. “Bureaucrats don’t miss that stuff,” scoffed council gadfly Jack Osborne. “This looks so darn bad, like you have a filing date for friends.”

Councilwoman Noreen Evans, who voted against Donaldson’s appointment, agrees that the council’s actions seem to exceed mere sloppiness. “It looks like somebody decided to go around the deadline and get that application filed.

“Who it was or why it was, I can’t speculate on that.”

The Donaldson appointment spurred some critics to argue that the motivation rested on the fact that the council majority backs a pair of upcoming ballot measures that would raise local sales taxes to fund freeway improvements. The campaign to promote one of those measures is supported financially by Jim Ghilotti, who owns the local construction company for which Donaldson works.

Mayor Janet Condron dismissed speculation that the council had a darker purpose. “The implication that there is something wrong here is totally inappropriate,” she said.

Wright also said she “took exception to the inference that there was something deceitful.”

Attorney Dick Day–a member of the board of directors of Sonoma County Conservation, speaking as a member of Concerned Citizens for Santa Rosa–was happy to speculate for the council: “The whole appearance is that the applicants did not represent the pro-development stance of the council and [they] went to some trouble to find someone after the [deadline] date who would.”

Donaldson was part of last year’s Leadership Santa Rosa program, which has been criticized for grooming political insiders to fill appointee positions.

Evans, along with Vas Dupre and Councilman Steve Rabinowitsh, pushed hard to persuade their colleagues to toss Donaldson’s application and appoint in his stead Allen Thomas, who was the council’s second choice last week.

“Allen Thomas has years and years of working with his neighborhood and coming before the council and Planning Commission. He’s been a very articulate representative for the West End neighborhood,” Evans says.

“I thought he was a better candidate. I was concerned about Mr. Donaldson’s lack of experience in the community and civic matters and also his potential for conflicts of interest.”

The council compromised, tossing out Donaldson’s application, but declining to appoint Thomas outright. Instead, on Feb. 8, the council will recast votes for the remaining four applicants.

“It’s a little disconcerting that the people who follow the rules are not respected,” Thomas says. “And I think it’s a lot deeper than Allen Thomas not getting on the Planning Commission.

“There’s a level of mistrust.”