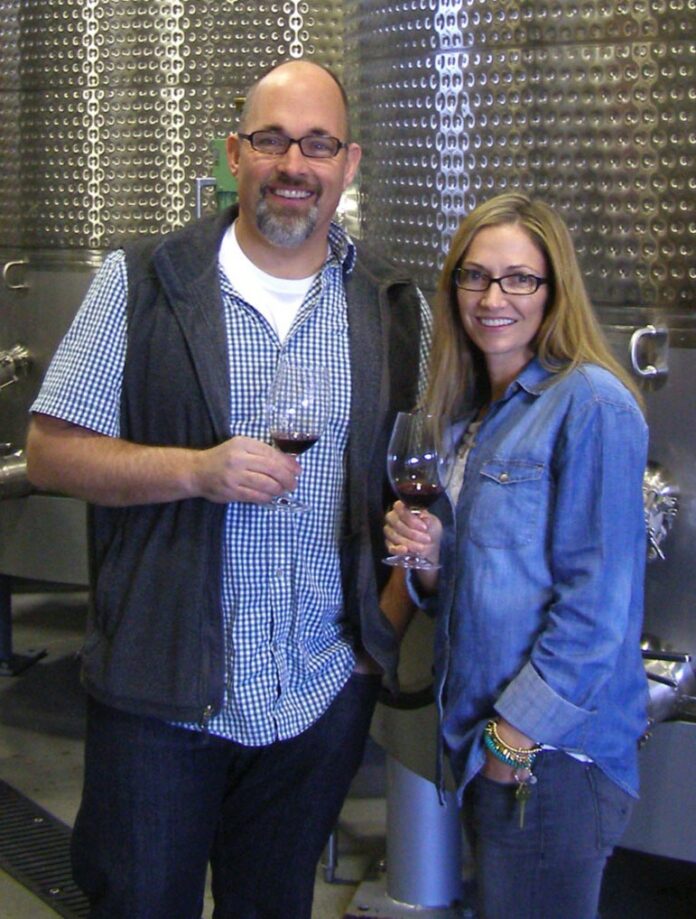 Despite being the one-time owners of Geyser Peak Winery, and well-connected in business generally, the Trione family had no leg up when they opened this shop in the inauspicious year of 2008, says sales director Denise Trione. For one thing, the mighty Trione name didn’t travel too far outside Sonoma County. She and winemaker Scot Covington have had to hand-sell their wine across the country, while wearing all the different hats that a small winery requires. “It’s a different kind of animal,” Covington explains.

It’s surely a different beast from the old Canyon Road Winery, this site’s former occupant, a sort of country cousin brand to Geyser Peak that has since been sent to pasture in Modesto. In a brand-new production facility that Covington designed to incorporate his experience at Pellegrini Family Vineyards and others, Trione operates on a “cream of the crop” model, in which Covington gets his pick from more than 600-plus acres of grapes that the Triones farm to make just 6,000 cases of wine.

Located along a well-liked cycling route, Trione is a popular stop. You’re likely to be greeted by Denise Trione with a free welcome glass of crisp, elegant 2010 Russian River Valley Sauvignon Blanc ($23), or, more likely, first by Bubba, a friendly American bulldog, and Scout, a Jack Russell terrier who’s given to worrying a well-chewed doorstop before placing it expectantly at one’s feet.

Midway through the wine list, here’s a little mystery solved. What happened to Geyser Peak’s once-celebrated, post-Aussie winemaker invasion Shiraz? The new owners quietly dropped it. But one wine’s still coded Shiraz in Trione’s SKU system. With savory, rural aromas of olives, leather and horse blanket—all in a good way—the 2008 RRV Syrah ($32) won’t be mistaken for your more typical Shiraz. This vineyard was planted in French, not Australian clones, after all. A core of stony, cherry and plum fruit becomes more fleshy with time, blueberry syrup entering the scene late.

Not for everyone, but more sensuous than the technically polished Bordeaux blend. There’s a good Primitivo on hand, too, and a juicy, cranberry-and-cola flavored 2009 RRV Pinot Noir ($35), jazzy with Christmas spices of cinnamon and clove, like a mulled wine that’s been left out to cool. And how satisfactory when a tasting ends not with the thud of an overwrought Cab, but the engaging, lively and refined 2008 Alexander Valley Cabernet Sauvignon ($65), as irresistible as a soggy doorstop to a terrier.