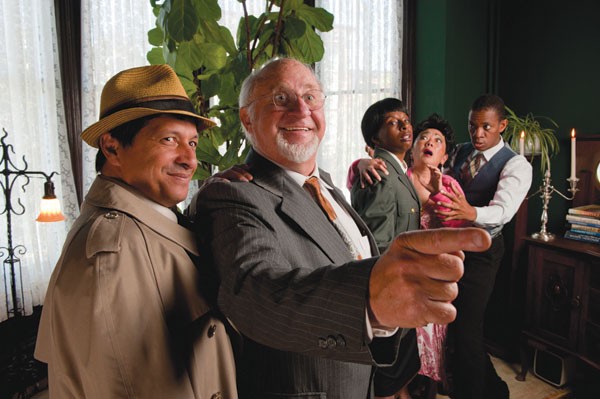 Despite what their name might imply, the Tony award–winning San Francisco Mime Troupe is anything but silent. Their use of the word “mime,” rather than indicating only gestures and expressions, means “to mimic.” And mimic they do, satirizing the absurdities of contemporary life through attention-grabbing singing, dialogue and showmanship.

The San Francisco Mime Troupe is a worker-owned company led by an elected collective. Every summer, they perform weekly in Bay Area parks before touring the rest of the state, nation and world, seeking to present socially relevant theater before the broadest possible audience.

The troupe’s 53rd season show is For the Greater Good, or The Last Election, based on the classic 19th-century melodrama The Poor of New York. Featuring a live band, The Last Election debates “true” American values, flipping the Occupy movement and telling a story from the point of the view of the misunderstood 1% “Godzillionaires.” See it in two free performances on Thursday, July 19, at the Mill Valley Community Center (180 Camino Alto, Mill Valley; 7pm), and also on Sunday, July 22, in Walnut Park (Petaluma Boulevard South at D Street, Petaluma; 4pm).—Catherine Zaw