.To Gary from Wendell 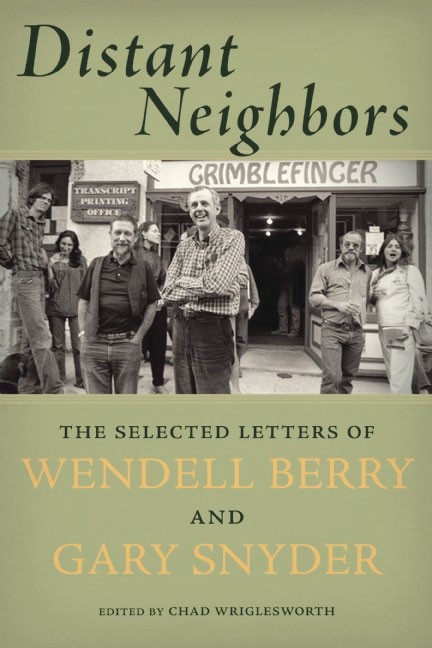 Berry began writing about the importance and beauty of a style of farming that worked in harmony with the natural world long before farm-to-table and sustainable agriculture became buzzwords. The elder statesman of the good food movement is still telling it like it is with signature grace and lyricism from his Kentucky home.

Long ago he formed an epistolary friendship with Pulitzer Prize–winning poet, environmentalist and Buddhist Gary Snyder. From 1973 to 2013, they wrote more than 240 letters to each other. Those letters on spirituality and philosophy form the basis of a new book by the two men of letters, Distant Neighbors: The Selected Letters of Wendell Berry and Gary Snyder.

Berry and Snyder will be appearing June 27 at 7pm at the Santa Rosa High School auditorium to read from their book and discuss food, the environment and spirituality. It’s a rare chance to hear from two men who have had such a deep impact on American intellectual life. Tickets go on sale May 21.