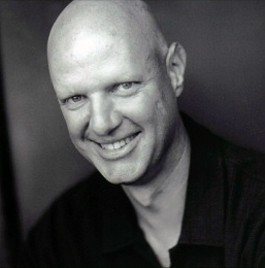 Give 'Hollywood (Abridged)' this February

What do you get if you combine the James Bond series with the Home Alone franchise? Spy kids? What if you combine Cinderella and Klute? You end up with Pretty Woman. Having proven that clever combinations can sometimes result in successful films, what about these future cinematic marvels? Snow White and the Seven Samurai. Taxi Driving Miss Daisy. The Godfather of the Bride. Independence Day of the Dead.

These and other filmic fun-and-games are at the heart of Completely Hollywood (Abridged), the most recent literary stage show from Reed Martin (above) and Austen Tichenor of the legendary Reduced Shakespeare Company. Martin, who lives in Sonoma and teaches at the Santa Rosa Junior College, developed the show over the last few years and is gearing up for a run of the show—in which a trio of would-be filmmakers attempt to make the greatest movie ever filmed, by combining elements from every movie ever made—at Washington, D.C.’s Kennedy Center in June and July. As a special benefit for SRJC, which has seen devastating budget cuts to its theater programs, Martin and Tichenor will perform the spiffy new version of Completely Hollywood (Abridged) at the Burbank Auditorium on Feb. 10.

“It’s really great because we can help out one of the finest community colleges in the country,” says Martin, “and at the same time we can try out our new material on the JC crowd—so we don’t end up trying it out at the Kennedy Center.”

The show, which Martin describes as “a parade of Hollywood cliché’s exploited to comic advantage,” presents a perfect gift-giving opportunity to anyone on your list who’d rather be given a memorable experience than a dust-gathering thingamabob.

“Tickets to this show make a perfect stocking stuffer,” Martin declares. “I guarantee they will not be what anyone expects, and they will probably fit in any traditional stocking.”