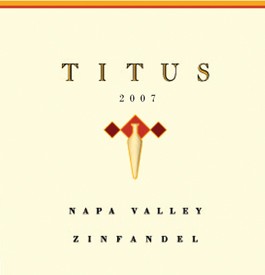 Everybody is talking about it, but nobody is sure how much everybody else is doing it. Even so, nearly everybody seems to be convinced they need more of it. Yes, I’m talking about social media. As soon as the first winery was “friended,” hand-wringing wine critics and industry wonks, convinced that tech-saturated young wine drinkers would soon do their winetasting with a wireless app, reached through the digital curtain and found . . . each other.

Within this hall of mirrors, some wineries are using technology to hook up with wine buffs in real time. Meet Titus TV Harvest Live, which allows viewers to log in to live broadcasts twice a day during a week of crush, follow them as they pick in the morning, on to the crushpad and even take a peek at the drama of shoveling out a tank. They can join a chat room, comment, argue with each other and ask questions.

To get the best angle on this development, I actually had to fold up the laptop and hit the Silverado Trail.There’s nothing slickly mediated about family-owned Titus Vineyards, an old-fashioned barn-and-vineyard operation, its office the upstairs of a farmhouse. Chappellet winemaker Philip Titus handles cellar operations, while brother Eric Titus runs vineyard and sales matters.

On a recent Thursday, I joined Titus for its 3pm show at a folding table in the vineyard, by the Napa River. The film crew, a droll young South Carolinian couple, had a camera and plywood command center strapped into the back of a pickup truck. Two laptops and a microphone or two did the trick—the signal was sent across the vineyard to the house, where via Ustream.tv it went to dozens of viewers and chat room attendees; the morning was better-attended, by up to 1,500 viewers.

Eric Titus began with an overview of their location under Glass Mountain, source of the plentiful obsidian that litters the vineyard floor, then launched into a discussion on ampelography, detailing the petiolar sinuses and venation of Cabernet grape leaves. One viewer wanted to know, “Would these grapes taste good, like grapes in a grocery store?”

Meanwhile, slightly off-camera, this reviewer sipped from his glass, noting that the 2007 Napa Valley Zinfandel ($27) opened with charred oak, while flavors of licorice and brambleberry liqueur held their own, finishing with typical soft, round Napa tannin; notes of spice cake and gingerbread developed later in this really likable Zin. A double-trouble blend of Petite Sirah and Petit Verdot, the 2005 Lot 1 ($60) showed floral violet and blueberry aromatics, barbecue char, tobacco and dried plum; the 2006 Cabernet Sauvignon ($63) showed crisp cassis and red berry fruit, accented with cigar wrapper and dust.

The webcast wrapped up, and the crew broke the set and folded it into the pickup. While we checked out the 2008 Sauvignon Blanc ($20)—butterscotch and pear cocktail, a slice of Meyer lemon cake; a tasty sip that hollers Napa SB, without the cloying crackle—Christophe mused on the efficacy of social media tools. He’s busy using all available—Tweeting, friending, uploading—but admits no one’s quite sure what works. At least we know that when faraway wine surfers petition the looking glass of interactive wine media with their questions, questions, questions, they’ll find real folks, ready with answers.