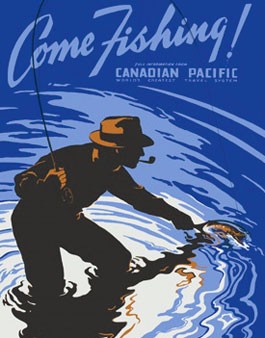 Fish farms and sea lice are among salmon's many problems

In late January, Target Corporation announced its firm intentions to remove all farmed salmon from its shelves by the end of 2010. Fresh, frozen and smoked salmon will be phased out first, while its farmed salmon sushi may remain available until late in the year, according to statements issued by the mega-retailer. Wild Alaskan salmon will replace the farmed product as the giant retailer aims to improve its support of sustainable seafood.

The production of farmed salmon, say biologists, fishermen and academics, is a leading cause of dwindling wild salmon populations across the Northern Hemisphere. Salmon farms can generate thick outbreaks of sea lice, natural marine parasites that do not harm most adult fish but can kill juvenile salmon if assailed in large numbers.

Scientists in Europe and Canada have documented close correlations between the presence of salmon farms and declines in local wild salmon. Coastal British Columbia has seen large reductions in wild salmon abundance, especially around the northern end of Vancouver Island, a region heavily used by salmon farming companies.

For Kenny Belov, Target’s decision comes as a sign of great hope. “This is fantastic,” says Belov, who owns Fish restaurant in Sausalito, where farmed salmon has never been served. “It’s great to see a huge corporation take the first step and lead the way, saying, ‘We’re going to make a difference.'”

Still, the salmon-farming industry remains a powerful lobby. In 2008, British Columbia produced 73,260 metric tons of aquatic food. Americans consumed some 80 percent of it.

This hunger is devastating Canada’s wild salmon, says Dr. Daniel Pauly, who has no doubt that salmon farms have destroyed many populations.

“The science has been done, and the jury is in,” says the professor of fisheries at the University of British Columbia. “Sea lice are one of the biggest problems these fish face.”

In the Broughton Archipelago at the north end of Vancouver Island, wild pink salmon numbers have plummeted since the salmon-farming industry first arrived in the region in the 1980s. With sea lice named as the probable cause, scientist Marty Krkosek published a paper in the December 2007 issue of Science in which he calculated that pink salmon throughout the Broughton islands would be extinct by 2016 at the current rate of decline.

Krkosek’s dire report set wheels in motion. At the urging of activists and researchers, Marine Harvest Canada, a major farmed-salmon producer, agreed in 2009 to harvest three of its facilities unusually early, prior to the time that newly hatched pink salmon pass through the region as they exit their streams of birth. The firm heavily treated a fourth major farm with Slice, a widely used anti&–sea lice agent, and the efforts were successful; a tremendous surge of out-migrating juvenile pink salmon passed through the region unaffected by sea lice in the spring of 2009. Pink salmon return to freshwater to spawn after just one year at sea, says Dr. Craig Orr, executive director of Watershed Watch Salmon Society, an NGO in Vancouver. “With any luck, we’ll see a big run in 2010,” he says.

Orr cautions that the use of Slice to knock down sea-lice numbers should be considered an emergency measure only. In Europe and Eastern Canada, sea lice have developed resistance to the product, and the chemical’s effects on wild crustaceans are not yet understood.

“We don’t see using chemicals to treat for lice as a good long-term solution,” Orr says.

Factors other than small parasites may be at play in the collapse of what was until recently one of the largest runs of salmon in the world, the Fraser River sockeye. The 2009 return amounted to one-tenth of what the Canadian federal government had predicted and about 5 percent of the 20 million fish that historically returned to spawn in the river.

“But the fish farms aren’t helping us in determining this,” Proboszcz says. “I wish we knew if the farms have had any disease outbreaks. That would help, but transparency is a big problem. Farms won’t report diseases.”

The Fraser River disaster spurred the gathering of a scientific think tank in December 2009, during which meeting the group suggested to Fisheries and Oceans Canada that the federal agency experimentally fallow all fish farms near the mouth of the Fraser for one year. The federal government has also ordered its own formal inquiry into causes of the crash of the sockeye, whose 2009 returns were the smallest in five decades.

When “Scottish farmed salmon,” “organic farmed salmon” or something of the sort appears on a restaurant menu, sustainable-fishery experts suggest asking whether the fish was raised by the Scottish company Loch Duart, a farm revered by many world-class restaurants for producing organic, artisanal, natural and healthy salmon.

But when we asked a few tough questions of CleanFish Alliance, a San Francisco&–based seafood distributor that formally represents Loch Duart, no one was willing to talk. Specifically, we asked whether the esteemed Scottish fish farm utilizes coloring agents or sea-lice treatments in its feed, and the conversation, which had been progressing rapidly and enthusiastically via phone and email, ended abruptly. We made multiple efforts to resume the dialogue, to no avail.

The Scottish Environmental Protection Agency, however, was able to provide some helpful information. Turns out that Loch Duart utilizes the same standard chemical treatments applied by most other salmon farms, including consistent use of parasite treatments Slice, Panacur and Excis. CleanFish’s reluctance to discuss whether or not Loch Duart uses the popular coloring agents astaxanthin and canthaxanthin suggests, well—99 percent of all farmed salmon would be as gray as the Scottish winter sky if it wasn’t artificially colored.

Belov would like to see the local restaurant community take action for sustainable fishing, but he isn’t holding his breath.

“Chefs aren’t ready to say no to that customer who comes in and asks, ‘Where’s my salmon?'”