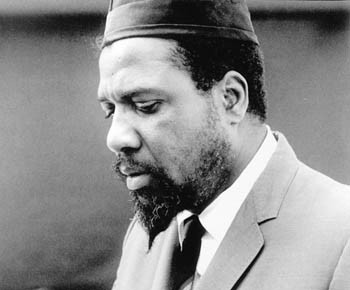 MILES DAVIS has managed to steal the jazz-world limelight this year, thanks to a series of festival tributes, as well as impressive CD anthologies, reissues, and extended editions marking the 75th anniversary of the legendary trumpeter’s birthday.

But pianist Thelonious Monk–whose oddly angular chordal patterns and jumpy melodies were canonized in the hard bop and post-bop era, and were heralded again this week in a San Francisco Chronicle critics’ poll as “the essence of cool”–is the subject of several equally impressive new CD sets that are essential recordings for any serious jazz fan.

Last month, Sony Records released to great acclaim Thelonious Monk: The Columbia Years: 1962-1968, compiled by Bay Area producer Orrin Keepnews, who helped guide Monk through his formidable years at the Riverside label during the 1950s. That three-CD collection of concert and studio sessions showcases Monk as a soloist, in a trio, in a quartet, and in a big-band format, and includes several glorious nuggets mined from the vaults. As the All Music Guide has noted, that set also spotlights Monk “as not only an instinctual presence on the keyboard, but as a craftsman of timeless melody, harmony, and rhythmic counterpoint.”

Yet the proverbial icing on the cake is a pair of newly released two-CD sets featuring live material recorded at the peak of Monk’s long career: Live at the Jazz Workshop–Complete and Monk in Tokyo (released for the first time on CD in the United States and vastly superior to the import version), both on the Columbia/Legacy label.

The complete 26-track version of the legendary Jazz Workshop sessions, recorded in San Francisco in 1963 with Rouse and the rhythm section of bassist Larry Gales and drummer Ben Riley, is a jazz juggernaut. It now features 13 previously unreleased tracks and three newly restored tracks. The 24-bit digital remastering alone is enough to recommend this set–the sound just booms from the speakers, revealing every nuance of the players right down to Riley’s light-handed brushwork.

Monk in Tokyo, recorded that same year with a different rhythm section (bassist Butch Warren and drummer Frankie Dunlop), includes some of the same material but interpreted in radically different ways. For instance, the Monk composition “Blue Monk” gets an unusually up-tempo treatment on the Jazz Workshop sessions until Monk deconstructs this blues-based number and throws a series of artistic curve balls at his accompanists, including a rhythm section that had only recently joined with Monk. On the Tokyo sessions, that same melody starts out as a wistful solo piano piece that gives way to an explosive tenor sax solo by Rouse.

More evidence that you could listen to Monk for a lifetime and never fail to be amazed by his creativity. On track after track, Monk’s inventive genius–a seemingly inexhaustible swirl of ideas–is showcased on these collections.