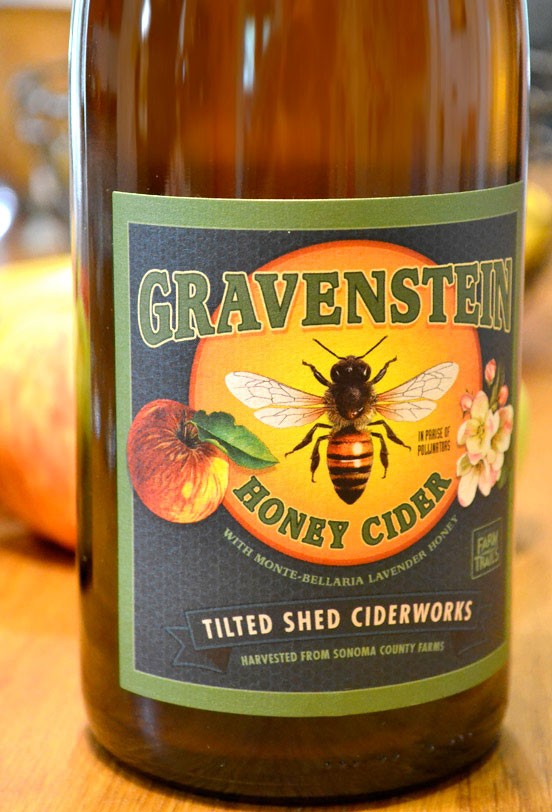 The Word on Cider

Getting funky at the Apple Fair

Darlene Hayes says she hesitates “to say the f-word” when describing cider. When she explains it, I know exactly what she means, but at first, I’m stumped: “Farmhouse” is all I can come up with.

Maybe that’s because we’re gathered around the kitchen island at Ellen Cavalli’s Sebastopol farmhouse, tasting farmhouse-style cider that she and her husband, Scott Heath, just introduced to their Tilted Shed lineup of craft ciders. And it’s around that time that a chicken casually ambles in and does a lap around us, pecking at the floor. But it isn’t “farmhouse.”

“Well . . . ‘funky.'” She’s said it. Hayes, a Sebastopol-based cider educator and author who’s in charge of the Craft Cider Tent at the 2017 Gravenstein Apple Fair, is describing a different cider. But is “funky” an off-putting term that’s better to avoid when talking about craft cider?

“In the cider world,” Hayes concedes, “people are generally using it in a favorable way.” Unlike the simple and often sweet flavors of big-brand cider, some American craft cider and traditional European styles may, but not necessarily, display aromas similar to “bretty,” sour beers or even some earthier wines. However, Cavalli says their ciders were tested and came back showing zero brettanomyces yeast. It has more to do with the wild-fermented phenolics of cider apples, she says.

Funk or no funk, fair attendees weren’t put off by the selection at last year’s craft cider tent, says Hayes. There wasn’t a drop left by Sunday’s closing time.

This year, she’s requested extra cider from an expanded lineup of 15 cider makers from Sonoma, Mendocino and Marin counties. A few ciders I recently tasted:

Tilted Shed Gravenstein Honey Cider Apropos to the apian theme of this year’s apple fair, which celebrates pollinators, this special release has a dash of lavender honey from Monte-Bellaria di California, a south Sebastopol lavender farm and apiary. But it is not honey-sweet: pouring hazy orange-tinted gold, it’s reminiscent of a pile of overripe apples on a cool, fall day—there’s the “funk.” Dry, but showing less tannin than Tilted Shed’s Lost Orchard cider, this is a complex, sour afternoon refresher that’ll inspire you to get back to picking in that orchard after a glass, or two . . .