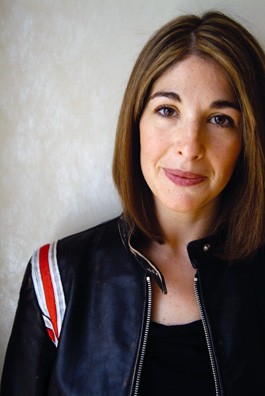 Mother Bonnie makes documentary movies. Father Michael is a doctor. Brother Seth presides over a think-tank. No wonder Naomi Klein is an overachiever. She’s the author of three in-your-face books, and she’s made stirring movies, too, with her husband Avi Lewis, such as The Corporation and The Take, about insurrectionary factory workers in Argentina. Her first book, No Logo, was a hit, but for years the Montreal-born author was largely a well-kept secret of the left in Canada, the United States and Europe.

Then Klein wrote The Shock Doctrine, her no-holds-barred bashing of contemporary capitalism, and critics the world over sat up and took notice. Larissa MacFaquhar snottily profiled Klein in the pages of The New Yorker in December 2008 in an article titled “Outside Agitator.”

That media attention, though patronizing, didn’t hurt. Ever since, Klein has agitated furiously on both sides of the U.S.-Canadian border, and wherever the workers of the world are still in chains. Hey, she’s Marxist, and can’t help but fume about class and class conflict. Klein comes to Sonoma State University on Oct. 28 to talk about three of her favorite subjects—greed, globalization and disaster—and to answer questions from the audience.

A careful researcher and an inspired propagandist, she writes for half a dozen newspapers, including The Nation, The Guardian, and The Globe and Mail. Born in Montreal in 1970, and only 39, she’s probably just at the start of a career that’s bound to make her even more famous than she is today. Now is the time to see her and hear her before she turns 40 and becomes a universally acclaimed icon of the global movement against capitalism. If Jack London were alive, he’d be sure to get a front row seat.