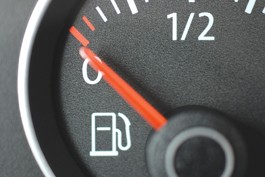 Can a tax at the pump rescue California?

PROGRESSIVELY REGRESSIVE? A new proposal aims to fix the floor for gas prices at $3.50 a gallon. Yow.

When 27th District Assemblymember Bill Monning hosted a town hall meeting last month with the Campaign for Sensible Transportation, the table seemed set for a conversation on planes, trains and automobiles and the budget cuts to public transportation. But when Fred Keeley showed up, it became clear that the dialogue on the Golden State’s abysmal budget deal has already left the station. After a budget session that gutted not just public transportation but every service imaginable, the two seemed to be trying to channel frustration into a call for major tax reform.

“We have to have a tax system which will be able to be passed by the Legislature before the end of this year,” Keeley told a sizable crowd. Keeley, a member of the Commission on the 21st Century Economy, gave a brief outline of the package likely to come from the commission, much of which, such as flattening the income tax, he acknowledges is regressive in nature. But, he said, “it will have the capacity going forward to be able to bake a bigger revenue pie so we can claw our way back” from the hole the state’s in.

One initially startling component is something called a “pollution tax” or “gasoline surcharge tax,” and it could be headed for a pump near you. It would establish a floor of $3.50 per gallon for gas in California. Whether the real cost was $2 or $3 a gallon, the price would never fall below $3.50. The difference would flow to state coffers.

As the commission prepares to hand off its final set of recommendations to the governor and legislature this month, Keeley says a pollution tax is all but certain to be included. “[Senate President Pro Tem] Darrell Steinberg essentially told me a pollution tax has to be part of the package,” he says. “This is not a righty – lefty thing. This is a broadly supported concept.”

The idea comes from Severin Borenstein, director of the University of California Energy Institute and a professor at UC Berkeley who proposed the idea in a white paper last December. “This would take a small step in moving people away from the Ford Expedition and toward the Ford Focus,” Borenstein says.

Borenstein says he would prefer to see the money go into the general fund. “Any time you start earmarking money, you end up with consequences that box us into bad decisions.”

It’s not the only issue that’s been raised with the tax. Jean Ross, executive director of the California Budget Project, has testified before the commission that a pollution tax is unfair to lower and middle-income families. “The amount that people drive doesn’t vary much on income. Lower income people end up spending a lot more of their income,” she says. “And it doesn’t grow. The goal is to have people consume less fuel. If they do that, your revenues are going to decline, not increase.”

Dennis DeCota, executive director of California Service Station and Automotive Repair Association and a gas station owner for 31 years in Marin County, agrees, adding, “What it does is take people looking for work, students and people that are on fixed incomes, and it really punishes them,” he says.

“Taken as a package, most people will pay less taxes,” he says. “There’s never a constituency for higher taxes, only what taxes purchase. If you would like a cleaner environment and healthier families, what price are you willing to pay to make that happen?”