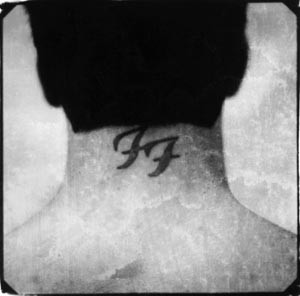 By Silja J. A. Talvi

SOME ROCK STARS want to free Tibet. Others want to save Mumia. The Foo Fighters, on the other hand, want their fans to ignore accepted medical wisdom about AIDS. The multimillion-album-selling alternative rock outfit has thrown its weight behind Alive and Well, an “alternative AIDS information group” that denies any link between HIV and AIDS.

In January, Foo Fighters bassist Nate Mendel helped organize a sold-out concert in Hollywood to benefit the group. Foo fans were treated to a speech by Alive and Well founder Christine Maggiore, who believes AIDS may be caused by HIV-related medications, anal sex, stress, and drug use, and implies that people should not get tested for HIV nor take medications to counter the virus. Free copies of Maggiore’s self-published book, What If Everything You Thought You Knew About AIDS Was Wrong?, in which she declares “there is no proof that HIV causes AIDS,” were also passed out to the concertgoers.

HIV experts are alarmed by the possible impact of the Foo Fighters’ embrace of Maggiore’s theories on their potentially gullible young fans.

“Clearly, more research is needed on the factors that contribute to HIV infection and the development of AIDS,” says Dorcus Crumbley of the Centers for Disease Control and Prevention’s National Center for HIV, STD, and TB Prevention. “However, the conclusions of more than two decades of epidemiologic, virologic, and medical research are that HIV infection is transmissible through sexual contact, intravenous drug use, perinatally, and from receiving blood or blood products . . .[and] the scientific evidence is overwhelming that HIV is the cause of AIDS.”

Adds Crumbley: “The myth that HIV is not the primary cause of AIDS . . . could cause [HIV-positive people] to reject treatment critical for their own health and for preventing transmission to others.”

“When it comes to such a complex health topic, it behooves the band to have really researched what they are endorsing,” says Diane Tanaka, an attending physician at the Children’s Hospital of Los Angeles, where she works with a large population of high-risk and HIV-infected low-income youth. “[The Foo Fighters] have a big responsibility in terms of [their] public role and the impact that they can have on young people. Is this band willing to take responsibility for a young person engaging in risky, unprotected sex because of information they’ve gotten from the [Foo Fighters] or from Alive and Well?”

ALIVE AND WELL is one of several fringe groups that deny a link between HIV and AIDS. Similar theories have been put forth over the years by various far-right groups, anti-Semitic conspiracy theorists, and other so-called HIV-refuseniks.

“Your risk of being hit by lightning is greater than that of contracting HIV through a one-time random sexual contact with someone you don’t know here in America,” says Maggiore, an HIV-positive Southern California resident with no formal training in medicine or the sciences. “And if [a young person] were to get a positive diagnosis, that does not mean they’ve been infected with HIV.” The HIV-AIDS connection, maintains Maggiore, has been promoted by greedy drug companies.

Mendel says he was won over by Maggiore’s book, and passed it around to the rest of the band, which includes former Nirvana drummer Dave Grohl. Mendel says that he would steer anyone considering an HIV-antibody test toward Maggiore’s group. “If you test positive, you are pretty much given a bleak outlook and told to take toxic drugs to possibly ward off new infections,” says Mendel.

Mendel aims to use the Foo Fighters’ celebrity to get the message out to a broad audience. The Foo Fighters plan additional benefit shows, and have placed a banner ad on their website linking to Alive and Well. Mendel says that he does not have HIV, nor does he have any friends with HIV besides Maggiore, who has remained asymptomatic.

The most recent numbers from the Joint United Nations’ HIV/AIDS Program estimate that 16.3 million people worldwide have died of AIDS-related causes since 1981. Medical research in the United States indicates that as many as 25 percent of the nation’s estimated 40,000 annual HIV infections occur among 13- to 21-year-olds. Maggiore, however, maintains that worldwide HIV infections and AIDS deaths are exaggerated by the CDC and the World Health Organization, even in regions like sub-Saharan Africa, where two-thirds of the world’s HIV-infected people live.

Maggiore’s message has apparently penetrated the minds of at least some Foo aficionados. She says she has heard from many Foo fans since the show–one of whom, she says, now works at the Alive and Well office. Other fans are less impressed. Damian Purdy, a 21-year-old Winnipeg, Canada, resident and devoted Foo Fighters fan, is outraged by the band’s position. “By supporting this, the Foo Fighters have entered an arena that they have no business being in.

“The truth is that a rock concert is not the appropriate platform for these views to be expressed. I think the Foo Fighters have more influence than they realize,” he says.

For his part, Mendel remains convinced that the media and the medical establishment are keeping the truth about HIV and AIDS from the public. The Foo Fighters, he insists, will continue to use their celebrity to bring “light to the issue.”

Is he worried that the group might be endangering the lives of some of its listeners? “I’m absolutely confident that I’m doing the right thing,” Mendel answers. “No, I wouldn’t feel responsible for possibly harming somebody. I [feel] I’m doing the opposite.”