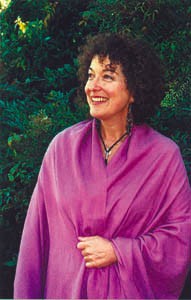 Each One Teach One

It was a valiant effort that attracted a tiny audience.

Explaining the poor attendance, Sebastopol Mayor Sam Spooner says, “The sparse turnout was due to a large number of competing events and limited publicity. Despite the short turnout, many of the workshops were successful and community-building. I suspect there will be a second festival next year that will be made better from lessons learned this year.”

However small, the Sebastopol Sustainability Conference and Festival counts as one green shoot among many that are breaking through the asphalt and concrete of the status quo. Now in its fifth year, the Petaluma Progressives Festival drew 1,500 people in 2001; this year’s event, according to organizer Chuck Sher, drew at least 2,000. The Bioneers Conference, first held 13 years ago, had a capacity audience of 3,100 in 2001–only a few weeks after 9-11.

This year, Bioneers is set for Oct. 18-20 at the Marin Center in San Rafael, and is likely to be a sellout once again. In addition, five locations–Toronto, Michigan, New Hampshire, Arizona, and Caspar, Calif.–will each receive a satellite feed from the conference. Then in San Francisco on Nov. 10-11, Global Exchange will present the first of a series of global Green Festivals.

There’s no shortage of great ideas and great ideals at these festivals and conferences. But after all is said and done, do they amount to anything more than progressive-speak in a lonely vacuum? Responding to questions, Nina Simons, executive director of the Collective Heritage Institute, which produces the conference, explains why ecoconferences and festivals are not only inspiring but also practical and effective.

There’s been an alarming loss of civil liberties in this country since 9-11, and we’re on the brink of a full-scale war against Iraq. At a time like this, what’s the point of ecoconferences and festivals?

I think that an event like Bioneers is more important now than ever. I believe that the people in this country don’t want to go to war. Bioneers helps people gather in community so they can get their voices heard. . . . One of the most important things we can do is help mobilize the public toward taking action.

Aren’t speakers and workshop leaders at ecoconferences and festivals preaching to the choir?

When people ask [founder and president] Kenny [Ausubel] and me that question, we ask, “Do you really think there’s a choir?” Even within the narrow confines of the environmental movement, the people who are talking about rivers and oceans don’t even hear each other, much less sing together. It’s a false perception. Bioneers has many intentions. One of them is to bring diverse constituencies together to experience commonalities and work together more. We define the environment in broad terms. It includes the human environment as well as the nonhuman environment. Issues of social justice, fair trade, economics, green politics, ecopsychology, and spirituality all get woven into Bioneers. . . . There are few, if any, other venues that bring people from each of those constituencies together to experience their commonality.

Can you point to any concrete, real-world results that Bioneers has brought about?

One of my favorite stories was told by naturalist and science writer Janine Benyus, author of Biomimicry. Benyus shows that the current ways we have of designing– for industry, fabrication, building–are nonsustainable by their very nature. She’s teaching how we can learn from nature to live on this planet in a way that is fundamentally sustainable but also conducive to life. When she spoke at Bioneers two years ago, there was a woman in the audience who was a bookkeeper at a Bay Area engineering firm that has 300 engineers on staff. The bookkeeper said, “Janine, I have a dream. I’d like to set you up with some of our top engineers to go to the Galapagos Islands and teach them to rethink their design process.” This bookkeeper presented the idea to the boss, got approval, and Janine went to the Galapagos with 30 engineers and introduced them to a whole new orientation to design. They started out cynical. By the end of the week, they were saying, “Wow! We can reevaluate how to desalinate water by studying how mango trees do it!” They were like five-year-olds on the beach, running up to Janine with new ideas. The bookkeeper is now director of environment at her company. There are also some very important outcomes about how we transform content into media. In many ways, what we are facing right now is a crisis of perception. People are so overwhelmed and disempowered by the coverage in the mainstream media that they don’t know there are solutions that already exist to many of our most pressing problems. What the Bioneers show us is how much one person can make a difference. When we’re not producing the conference, we pitch stories and get media coverage for these amazing people who are the Bioneers. We reached over 9 million readers in print last year with stories about the Bioneers. We also produce an annual radio series with New Dimensions. Last year, we were on 120 radio stations in the U.S. and 500 stations globally.

What about at the local level? Can ecoconferences help communities fight against pesticides and other toxins, environmentally linked diseases like asthma and cancer, unbridled development, and the urgent need for affordable housing?

Piloting the satellite program is allowing us to both expand capacity and accelerate local organizing. Each [remote conference] site is going to get a satellite feed of four hours of plenary sessions from the conference, and program the rest of the day with local speakers discussing local issues. Each of these sites becomes a hub for organization about local issues, helping people organize.

The Bioneers Conference runs Oct. 18-20 at the Marin Center, 10 Avenue of the Flags, San Rafael. At press time, full access passes were sold out; limited access passes are available for $75 day; $68 for Bioneers members. 877.BIONEER or www.bioneers.org.