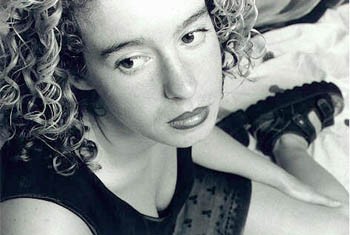 The winds of change are blowing the Brits back to their roots. At a time when the United Kingdom has melded with the culturally disparate European Union (which runs the gamut from France to Turkey), Londoners and their countrymen are embracing a folk-music revival that has gained momentum over the past few years.

The newly released four-CD collection The Acoustic Folk Box: Four Decades of the Very Best Acoustic Folk Music from the British Isles (Topic)–replete with 56-page booklet, biographies, and more than 100 photographs–is a stunning set that definitively chronicles this historic trek in a most entertaining and engaging fashion.

There also are such stalwarts as seminal Celtic folk-rockers Pentangle (with virtuoso guitarists Bert Jansch and John Renbourn), the fiddle and guitar duo Martin Hayes and Dennis Cahill, agit-pop singer Billy Bragg, and Celtic folk-rocker Richard Thompson, often lauded as the best guitarist on the British Isles and a man who knows a thing or two about turning a phrase. The roster of female singers alone is worth the price of admission: Mary Black, Sandy Denny, Maddy Prior, and the ubiquitous Kate Rusby, the ex-Poozies singer who has become the Gen X poster girl of the British-folk revival. But as usual, former Oyster Band singer June Tabor delivers the showstopper, in this case the haunting Civil War death ballad “Lay this Body Down,” performed a cappella and guaranteed to pull your heart strings.

Strangely enough, the hugely influential Fairport Convention–whose lineup has included the likes of Thompson, Prior, and Tabor–is missing in action, though its principle players all are represented as soloists. Still, this is essential listening for any serious folk-music fan.

Five years after his untimely death (and is there ever a right time?), a pair of new releases (the first, a reissue) capture Texas singer and songwriter Townes Van Zandt in intimate performances that should help build the legend and underscore the talent that made him one of the great country-folk artists of our time. The two-CD set Live at the Old Quarter, recorded in 1973, finds a confident Van Zandt on home turf and running through a sure-fire set of lonely ballads (“Don’t You Take It Too Bad”), talking blues (“Talking Thunderbird Blues”), homages to misfits (his radio hit “Pancho and Lefty”), and covers of tunes by Merle Travis, Lightnin’ Hopkins, and Eugene McDaniel.

A Gentle Evening gets off to a slower start, perhaps because it finds the Texas troubadour on uncertain ground (Carnegie Hall, 1969) and before warming up to the task. The set list is similar to that of the Old Quarter concert. Because Van Zandt had the power to pull you right inside a song and deliver highly personal performances that seem lost in time, you should own them both for the sake of your soul.