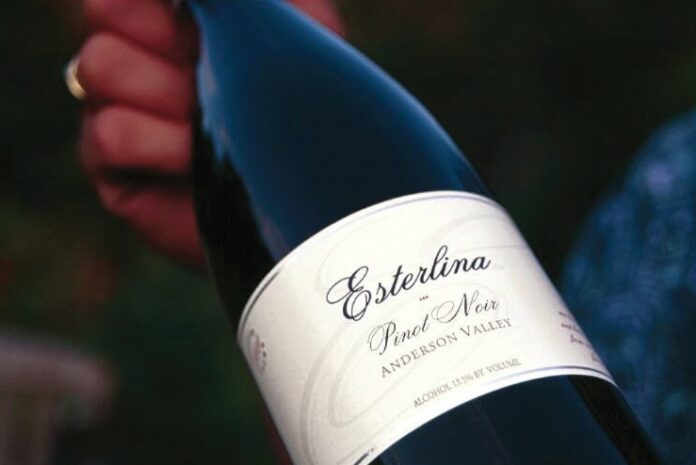 If you know all about the Cole Ranch AVA, count yourself among the elite few. The smallest viticultural area in the United States is also the only one owned by one family.

Stephen Sterling, co-owner of Esterlina Vineyards, says that he meets sommeliers around the world who know about Cole Ranch. But not so many have heard of his winery. It’s only the largest African-American-owned family winery in the nation.

Out of some 8,000 American wineries, says Sterling, less than a couple dozen are owned by African-American families—about .001 percent. Sterling is a former president of the Association of African American Vintners, whose events at Napa’s Copia and elsewhere generated a lot of interest in the first decade of this century.

Sterling says he was inspired to help raise awareness of African-American winemakers when he found that among thousands of people at big winetastings, they were a notably whispered-about anomaly: “See, I told you there were black people in the wine industry!” Sterling wanted to see that change.

“I think what most consumers are surprised to find out is that their backgrounds are really similar to a lot of the old Italian and French families who have been making wine for a few generations.” He and his brothers, for example, first sampled wine made by their grandfather, who was from Baton Rouge, La., a former territory of France—where his grandfather was from.

The event features displays on loan from the Museum of African Diaspora (MoAD) in San Francisco, and the Charles H. Wright Museum of African American History and College of Creative Studies in Detroit, with live music by a 1980s-style R&B “Norcal Motown” band. A portion of proceeds from the event will benefit the United Negro College Fund, MoAD and Redwood Empire Food Bank.

One Esterlina wine that I always look forward to is the bone-dry Cole Ranch Dry Riesling ($24). They also make an off-dry style, and both have been served at White House events during the Bush administration.