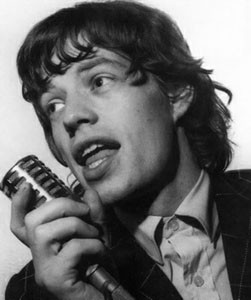 Snap, Crackle, Pop! Young Lucifer himself shilled for Rice Krispies in the ’60s.

Haven’t heard enough Quicksilver Messenger Service lately? Craving a little extra Moody Blues? Still can’t believe that Moby Grape never made it big? Have I got a radio station for you!

The Technicolor Web of Sound (www.techwebsound.com) boasts not just an amazingly comprehensive play list of flower-powered tunes, but augments the music with occasional vintage news bites (usually aghast at some hippie’s drug use or other antics). Even more entertaining are the time-warped commercials, most of which feature bands singing the praises of products from Coke to cars (yes, that really was Mick Jagger crooning a paean to Rice Krispies!). And infrequent DJ drop-ins from such notables as Tom Donahue and B. Mitchell Reed (often reading commercials) add still more “underground FM” veracity.

Apparently the obsessive passion of one Paul Maze and emanating from an undisclosed location in the Midwest (he’s operating on Central Time), the Technicolor Web of Sound was launched in 2001, getting a substantial boost soon thereafter when some paisley-loving programmer at Apple included it in the presets for iTunes, which is how I happened to find it.

It doesn’t take long to get a sense of the programmer’s orientation. There is a regular salting of reasonably familiar tunes from the Beatles, Traffic, Spirit, Cream, Jethro Tull, Buffalo Springfield and their chart-topping contemporaries, but unless you are a truly obsessive fan of the era, you’re often more likely to recognize the band than a particular track. Which is another way of saying that, exactly contrary to most contemporary commercial radio, this free service is dedicated to promulgating a deep, broad sampling of the music. Sure, it’s fun to revisit, say, side two, track three from an old Jefferson Airplane LP, but it’s cooler still to discover rare live cuts from the Great Society. And they’re both here.

Then there are many of the most interesting cuts from what I think of as the midlevel bands of the day, groups that cut a couple of memorable songs, even decent album or two, and maybe made it onto a classic Fillmore poster. Acts like Nazz, Fever Tree, the Kaleidoscope, Orpheus, Sopwith Camel, the Charlatans and their trans-Atlantic counterparts that somehow never found much favor stateside, such as Family, the Pretty Things, Small Faces or Status Quo, all receive regular airplay.

Best of all for dedicated music geeks of a certain age or Woodstockian inclination, this is the mother lode of obscure nuggets of psychedelia, tracks from bands you (or at least I) have never heard of before, many with wonderfully evocative names: Tangerine Zoo, the Druids of Stonehenge, Neon Pearl, the Plastic Cloud, Lazy Smoke, Jack and the Beanstalks, Opal Butterfly and scores more. Expect one or two of these per hour, too.

While listening, you can also scroll though the play list, which not only identifies each of the hundreds of tracks that could surface at any time, but features full color thumbnails of the album covers (and, when feasible, Amazon.com links for the acquisitionally inclined). And the “What’s Playing” page offers a running list of the past 20 selections at any given time.

It is also worth nothing that the entire enterprise is refreshingly free of even the mildest taint of commercialism (aside from those antique ads, which hardly count, in my estimation). There are no pop-up ads, no banners, not even a tasteful invitation to voluntarily send a few bucks in support. You’re welcome to sign the cyber guest book (which evinces a considerable fan base on at least four continents) and offer comments and suggestions, but that’s it. A genuine free ride.

Of course, we fanatics can always quibble about perceived shortcomings in the play list (too little Procol Harum and too much Monkees; only one song from It’s a Beautiful Day?), but the miniblog that tracks the gradual growth of the library indicates that this is a perpetual work in progress, so it’s hard to fault the guy, really.

The only downside, at least for this longtime radio fan, is the absence of any audible human presence. After a while, the endless stream of music can begin to seem a bit hollow without a bit of personality to make it more companionable. But when that feeling hits, it’s well past time to get up from the keyboard and revisit the rest of your life.

The endless Technicolor Web of Sound will be there- waiting, whenever you’re ready, as we used to say, to “feed your head” again.