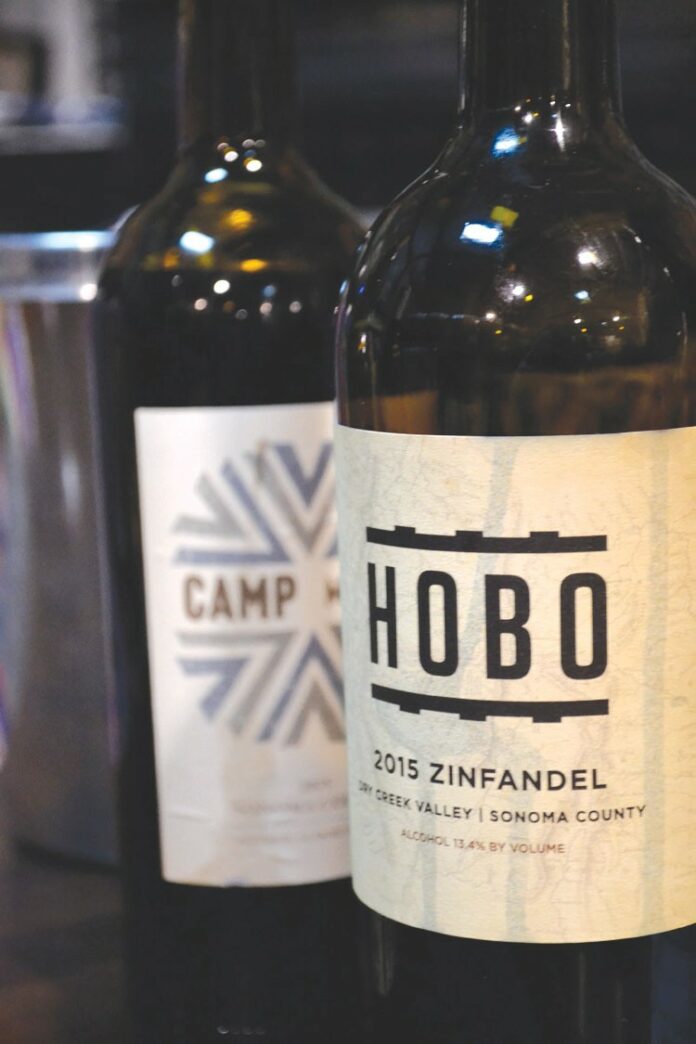 Is it too much to say that I found the guys at Hobo Wine Company down by the railroad tracks? Not really, because that’s exactly where I found them, doing some of the daily tasks of making wine on a gray and rainy January day in Roseland.

The last time we caught up with them was back in 2008 when winemaker Kenny Likitprakong opened shop in Downtown Wines, a Healdsburg tasting room that offered his Hobo, Banyan and Folk Machine labels in a hip setting to the soundtrack of vinyl records. Since then, they closed the tasting room, shut down the wine club and retreated to an unmarked warehouse down by the railroad tracks in south Santa Rosa.

What went wrong? Nothing at all—that’s the paradox of Hobo, which appears to be going gangbusters, adding tens of thousands of cases of production, several new labels and garnering multiple plaudits from the New York Times in the same year—all while eschewing the direct-to-consumer, hyperactively social-media model that marketing sirens warn is the only way to go in today’s wine market.

“I’ve never had a Facebook account,” admits Likitprakong, who grew up in Healdsburg and Santa Rosa, and even today looks like he just hopped off a skateboard in the 1990s. The intense self-promotion just didn’t suit the easygoing vintner.

True, Likitprakong’s wife does run a winery Facebook account, and Kenny dabbles in Instagram. But the business model is as decidedly traditional, selling via distributers to restaurants and retailers, as the style of the wines—not traditional to the 2000s, “but of the ’70s and ’80s,” Likitprakong says, humbly qualifying, “not that I’ve had a lot of wines from the ’70s and ’80s.”

The already reasonable price of Folk Machine 2015 Antle Vineyard Pinot Noir ($30) has to be put in perspective of provenance; it’s from a parceled-off piece of the original Chalone vineyard, all Pommard clone, a new and bright, vaguely hay bale–scented sipper that’s got glory days ahead of it.

The Folk Machine 2015 White Light ($15) is a creamy but dry, fruit cocktail–flavored blend of mostly out-of-favor white grape varieties, while the Camp 2015 Sonoma County Merlot ($18) is a fifty-fifty blend of organically and biodynamically farmed grapes that, because of the winery’s very minimal use of new cooperage, delivers the fruity, puckery charm of the grape without making a big show of toasted oak.