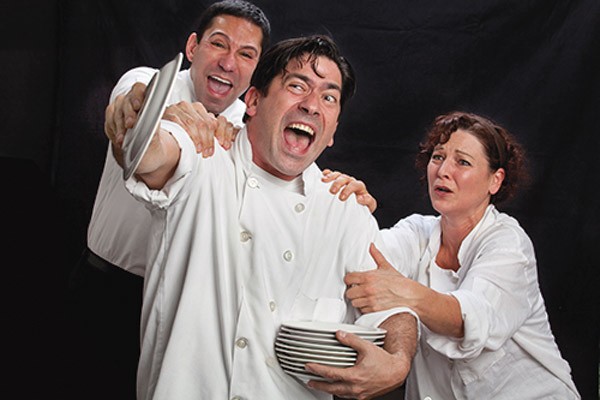 Movie and theater adaptations of books are as common as houseflies, but Word for Word Performing Arts Company takes an unexpected creative detour with the short story form.

As the name implies, the San Francisco–based troupe bring to life works of literature by performing them word-for-word, including all the he saids, she saids and interior monologues. In the past, they’ve taken on Elizabeth Strout’s Olive Kitteridge and “Sonny’s Blues” by James Baldwin. Now, the company digs into “Sorry Fugu,” T. C. Boyle’s rampaging romp through the world of food critics and the chefs who depend on their good graces.

The story, first published in the 1989 collection If the River Was Whiskey, features Willa Frank as an impossible-to-please food writer who turns out to have complete lack of faith in her own opinions. It becomes the task of Italian chef Albert to try to win Frank over with a few tricky moves and an enticing taglierini alla pizzaiola. Boyle told Harper’s magazine in 1998 that while the tale began as a critique of the absurdity of restaurant criticism in a world where people are starving, it became “my little love letter to the critics of the world.”