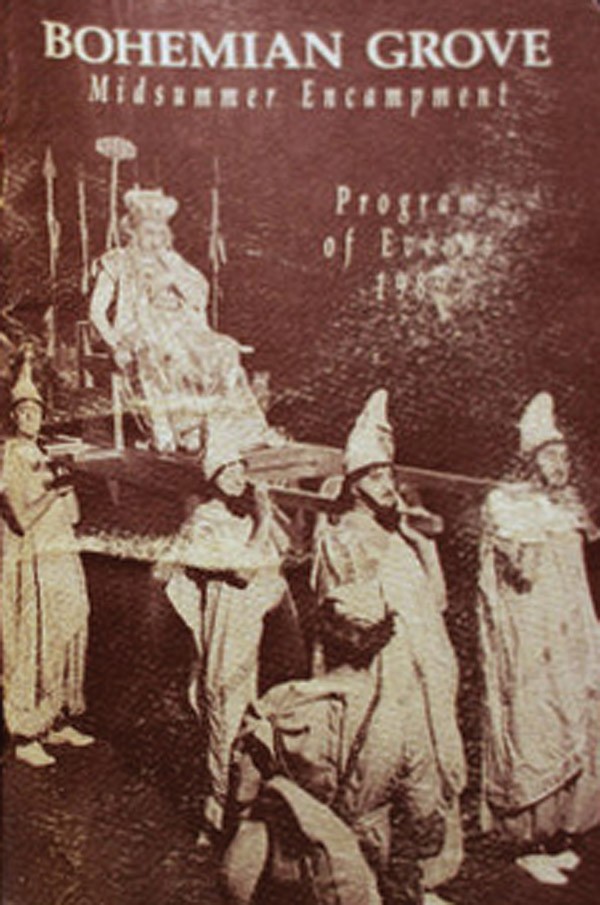 For over 30 years, West County activist Mary Moore and the Bohemian Grove Action Network protested outside the Bohemian Grove as the elite of the world’s financial, government, corporate and military systems paraded in for “lakeside chats,” morning gin fizzes, drag performances, infamous “Cremation of Care” ceremonies and the chummy camaraderie of being comfortably in the 1 percent.

But the actions lost numbers when Moore broadened her energies to other causes, such as Palestinian issues and police brutality. In 2010, Nor-Cal Truth activist Brian Romanoff took up the reins; oftentimes working alone, he handed out pamphlets on 9-11 to the passing elite. Last year’s encampment drew a group of new, anonymous protesters with flyers warning of satanic “bohemians” and child sacrifice. Moore distanced herself from that group, remarking that she would be “staying home that weekend.”

Now in 2012, with the Occupy movement injecting energy into activist communities, Moore, along with core coordinator Glenn Tryon and Romanoff, is gearing up to organize a renewed protest of Bohemian Grove.

“When Occupy started last year, I got several emails from around the country asking if we were planning something for July,” Moore says via email. “I answered then that it was a bit early, but that did start the conversation. We’d be brain-dead not to use the momentum that Occupy has created, and wish we’d come up with the concept of the 1 percent 30 years ago, as it describes perfectly what the Bohemian Club represents.”

Leilani Clark
Previous articleMarch 6: In the Mood at the Wells Fargo Center for the Arts
Next articleMarch 3-11: Across the Bridge