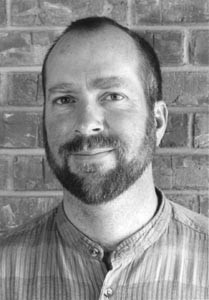 Good for Nothing: Seeker Steven Harrison discovered that nothing is grand.

How nothing changed author Steven Harrison

STEVEN HARRISON was stuck. After a quarter of a century of spiritual exploration, the former Quaker, Buddhist, Hindu, Yoga practitioner, meditator, and seeker-of-truth had come to the painful realization that the harder he searched for enlightenment, the less enlightened he felt. He’d traveled the world, made a fortune creating and selling a successful investment company, and established a commune in Santa Rosa. He’d done it all. But nothing he did relieved the emptiness he’d spent his life desperately attempting to fill.

So, having chalked his 25 years of spiritual experience to, well, experience, he made the decision to simply do nothing.

Nothing is a tricky concept to describe. What Harrison apparently found was that by letting go of every conscious attempt to grasp fulfillment, by taking the focus off himself and his spiritual pain, the terrible emptiness had somehow ceased to be the center of his life. Since he did nothing to arrive at this conclusion, Harrison is careful not to let it be like some process that he followed.

Back to being stuck.

A few years ago, Harrison was stranded in a tiny Indian village called Bodh Gaya–ironically, the location of the famous bodhi tree under which the Buddha was enlightened. “I was there at the wrong time of year,” Harrison laughs, chatting by phone from his part-time home in Boulder, Co. “It was extremely hot. There happened to be an election going on, so they’d closed down the transportation–buses, trains, everything. I couldn’t leave, and the streets were empty because of the heat.”

Unable to do anything, Harrison began to muse playfully on the oxymoronic phrase “doing nothing,” and realized he had the title of a book.

“I began writing that day,” he says. Back in the states, he continued writing, eventually producing the slim little tome, Doing Nothing: Coming to the End of Your Spiritual Search (Crossroad; $9.95), which he will read and discuss at several area bookstores this month.

An intriguing, unabashedly odd book, Doing Nothing is comprised of short, Zen koanlike chapters in which Harrison effectively conveys something of this non-grasping, silence-seeking, actionless approach to life, managing to make almost no intellectual sense at all while filling the pages with maddening conundrums: the notion that our spiritual emptiness is caused by our search to end our spiritual emptiness; and nearly impenetrable trains of thought–“What emptiness holds is reality. Reality is the movement of energy itself. Energy is not empty, nor is it concrete. It is dynamic possibility.”

After rereading the first chapter three times, this reporter–suspecting that he might have missed the Doing Nothing point–gave up trying so hard to understand the words, and read the rest of the book in one sitting. Admittedly, it conveys a distinct mood and feeling without imparting much in the way of actual information. Perhaps this is what Jesuit priest George Maloney–quoted in the book’s promotional material–means when he says, “You can’t read this book with your mind.”

Harrison himself says that if he could, he’d have published a book of blank pages.

“In a sense, that would have been the purist expression, wouldn’t it?” he laughs. “Not to even get involved in language. Language is a problem. It often creates even more concepts.”

In a world of self-help guides featuring glib insights and easy-to-follow, practical steps to happiness, such deliberate opacity is certainly refreshing, as is Harrison’s refusal to be seen as a teacher or guru or New Age huckster–he has donated all revenues from his writing to a charity aiding street orphans in Nepal. But what about spiritual seekers who, like Harrison, have delved into many waters and still come up thirsty? Might they not seek to find the right way to “do nothing,” in order to find some form of fulfillment?

“If a person does make doing something out of this book, or anything else I say, they’ll find out that it doesn’t bring about anything,” he replies. “They’ll be right back at the beginning. What I’m trying to describe is that you don’t need to expend your energy, at least not in the spiritual realm.

“I can say with great certainty,” he continues authoritatively, “that each and every human being has available to them the entirety of the mystical experience, the direct access to the actuality of their existence, right now in this moment.

“Without,” he concludes, “anything that leads up to it–without any search, any philosophy, any anything.”