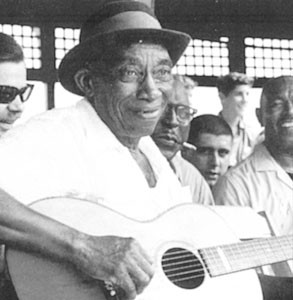 A parade of new Americana CDs

HER LAST ALBUM, Car Wheels on a Gravel Road, was a huge critical success. This much-anticipated follow-up takes a slight detour. Just as stark and plaintive as on its predecessor, the songs on Essence are even more somber in their post-Dylan good-love-gone-bad reflections. Simple, raw, passionate tales of longing that live up to the billing in the opening track “Lonely Girls” and its refrain “sweet, sad, songs.” On the last few tracks, Williams shows that she can still rock, though even then, as with “Get Right with God,” the songs have a redemptive quality.

THE ROSTER on this homage to the late Mississippi blues singer–known for his precise fingerpicking and restrained vocals–reads like a Who’s Who of American Roots Music: Taj Mahal, Lucinda Williams, Dave Alvin (in a duet with Peter Case), Steve Earle (who puts the grit back into “Candy Man”), Ben Harper, Alvin Youngblood Hart, Chris Smither, Bruce Cockburn (OK, he’s Canadian), Gillian Welch, John Hiatt (with a heartfelt solo acoustic version of “Satisfied”), Geoff Muldaur, Bill Morrisey, Victoria Williams (who contributes a weird, cackling rendition of “Since I’ve Laid My Burden Down”)and even the chameleon Beck work their way through 15 tracks that are a fitting tribute to one of the most underappreciated performers of the ’60s folk-blues revival.

DIRECTOR Maggie Greenwald’s captivating film about murder, incest, and musicology is one of the sleeper hits of the summer. The extraordinary soundtrack is a celebration of the film’s Appalachian subjects, featuring an all-star lineup of country, bluegrass, and alt-country women. Emmylou Harris, Julie Miller, Roseanne Cash, Iris Dement, Allison Moorer, Maria McKee, Gillian Welch, Deana Carter, and Hazel Dickens’ haunting collaboration with David Patrick Kelly and Bobby McMillon on the mesmerizing “Conversation with Death”–this is hillbilly heaven. A perfect companion for the O Brother, Where Art Thou? (Lost Highway) soundtrack.

Various Artists A Nod to Bob: An Artists’ Tribute to Bob Dylan on His Sixtieth Birthday (Red House)

BOB DYLAN is one of the most idiosyncratic singer/songwriters of our era. Over the past 40-plus years, his songs have been covered by everyone from Joan Baez and Dream Syndicate to Eric Clapton and Elvis Presley. He often puts so much vitriol or resignation into his emotionally raw recordings that cover versions can seem almost ludicrous. Perhaps that’s why one of the best tracks on this uneven collection is Suzy and Maggie Roche’s whimsical take on the obscure “Clothes Line Saga,” from the crudely recorded Basement Tapes. Elsewhere, you’re stuck with Cliff Eberhardt stripping “I Want You” of all the gut-wrenching pathos that Dylan infused in the song. Still, there are some fine tracks here, including performances by longtime Dylan pal Ramblin’ Jack Elliot (now a West Marin resident), Rosalie Sorrels, Guy Davis, and Spider John Koerner (with Dave Ray). Greg Brown’s boozy spin on “Pledging My Time” makes you suspect that Brown was bred for this project, which appears on his own Red House label.

No city dances to a funkier beat than New Orleans, and no band ever captured the joyous verve of the Crescent City better than the Meters. Kickback (Sundazed) is the lost Meters album that never was, an ebullient collection of choice rarities from the band’s mid-’70s Fire on the Bayou/Trick Bag period, including previously unissued nuggets (such as a cover of the Stones’ “Honky Tonk Woman”) and newly unearthed alternate versions. Available on CD or a glorious audiophile, 180-gram vinyl LP pressing.