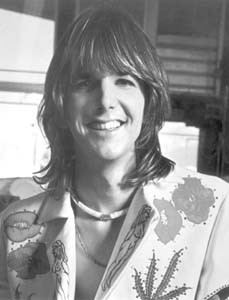 A bushel of new alt-country CDs

Various Artists Return of the Grievous Angel: A Tribute to Gram Parsons Almo

HE WAS A HARVARD-educated hillbilly, the creator of country rock and the godfather of today’s blossoming alt-country craze. As a member of the Byrds and the Flying Burrito Brothers, Gram Parsons built upon the high-powered country he’d crafted in the mid-’60s as leader of the obscure International Submarine Band. His 1973 death by a drug and alcohol overdose at a cheap motel at age 26, and the subsequent theft of his remains and cremation at Joshua Tree National Monument, just added to his legend.

Now you can add a few more to that list, including such critics’ darlings as Wilco and Whiskeytown.

Produced and compiled by Emmylou Harris (who performed with Parsons shortly before his death as part of the Fallen Angels band, and reportedly was romantically linked to the singer), this 13-song tribute finds Beck, Evan Dando of the Lemonheads, and the Pretenders tackling a classic Americana songbook and furthering the legend that Harris has nurtured for three decades. This is the ragtop Cadillac of alt-country, far outstripping the 1993 Commemorativo: A Tribute to Gram Parsons (Rhino), which featured tracks by the Mekons, Uncle Tupelo (Wilco’s predecessor), Bob Mould, and REM’s Peter Buck. This year’s model is built for comfort, and (as Gillian Welch’s opiated rendering of the signature Parsons’ song “Hickory Wind” shows) in no rush to overwhelm some of the most powerful tunes ever penned by a Nashville renegade.

Harris crops up on three duets–with the Pretenders of “She,” with Beck on the recording industry put-down “Sin City,” and with Sheryl Crow on the spirited “Juanita”–but her stamp is all over this release. And there’s plenty more star power here. Lucinda Williams and David Crosby team up on the title track. The Cowboy Junkies deliver their most energetic recording on “Ooh Las Vegas.” Elvis Costello, who recorded two Parsons songs on 1982’s Almost Blue, tackles “Sleepless Nights.” Steve Earle and ex-Byrds guitarist Chris Hillman collaborate on “High Fashion Queen.” And the Rolling Creekdippers–a one-off project that features Harris’ collaborators Buddy and Julie Miller, and alt-rock diva Victoria Williams–conclude with the Parsons/Harris composition “In My Hour of Darkness,” a fitting eulogy for a troubled soul. This CD should only enhance Parsons’ near-mythic status.

THIS INSPIRED two-CD compilation goes a long way toward covering the subgenre’s winding country lanes. There are a couple of touchstones: namely, Johnny Cash’s landmark country pop hit “Folsom Prison Blues” and Gram Parsons’ seminal country-rock song “In My Hour of Darkness.” Grant Alden and Peter Blackstock, editors of the Seattle-based alt-country monthly No Depression, put it all into perspective, more or less. Lucinda Williams stirs the soul on “Passionate Kisses.” And Steve Earle’s 1986 neo-traditional breakthrough “Guitar Town” sounds as fresh (and defiant) as the first time you cranked it up speeding on Highway 101 after sweating to the Blasters at the Stone on Broadway. But the best part–aside from all the garage-rock driven honky-tonk ecstasy–is the irreverent nature of alt-country: it’s Southern Culture on the Skids’ “Too Much Pork for Just One Fork”; BRS-49’s “Bettie Bettie,” their sassy homage to B&D covergirl Bettie Page; the Meat Puppets’ underrated post-punk goof “Lost,” recorded a decade before Kurt Cobain canonized them on MTV Unplugged. This is an essential primer that goes a long way toward setting the record straight. Kick up your heels.

While you’re at it: Spend the rent on these worthy alt-country releases: Johnny Dilks & His Visitacion Valley Boys’ Acres of Heartache (HMG), the red-hot reincarnation of Hank Williams; the Backsliders’ snarling Southern Lines (Mammoth), a twangy junkyard dog of an album; the Hot Club of Cowtown’s Tall Tales (Hightone), slaphappy musical Prozac that sets your heart to flutterin’ and your toes to tappin’; Lyle Lovett’s Live in Texas (Universal), 14 slightly skewed songs from the man who dumped Julia Roberts.

Pick of the Week:

THESE CONTAGIOUS polka beats compose the ultimate party music–lively Texas-border dance music propelled by rippling accordion, bajo sexto, and stirring vocals. Just try and sit still while Ernesto Guerra fires off a cascade of triplets on the modified three-row button accordion he’s dubbed “The Gurgle.” Recorded live in 1998 at the 16 de Septiembre Conjunto Festival of the Narciso Martinez Cultural Arts Center in San Benito, Texas, the beauty of these 19 tracks is the raw, live feel–you can smell the cold beer and feel the warm Texas night air. The Smithsonian–which is releasing some great roots recordings these days–includes an authoritative 34-page booklet, explaining the evolution of conjunto music and offering lyric translations. Highly recommended–G.C.