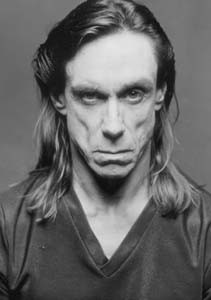 Those who know Iggy Pop as the proto-typical punker may be turned off by his subtle side. Iggy teams up with Gen-X soul-jazz stars Medeski, Martin, and Wood, and intersperses several spoken-word pieces into the fabric of this convoluted recording, which ranges from the gloomy “Nazi Girlfriend” to the B-grade Zappa-esque musings of “Ya Yo Habla Español.” The highlight is Iggy’s cover of the Who classic “Shakin’ All Over.” Otherwise there’s not much memorable material on the mellow side of the Iggy’s street. Unless you’re a diehard Iggy fan, steer clear of Avenue B . . . .

Sixty-four minutes of pure blues bliss from two late blues legends. Recorded in 1984, just a year after then-rising star Stevie Ray Vaughan debuted his hot solo album Texas Flood, this newly released CD finds veteran axeslinger Albert King in a mentoring role–and loving every minute of it. At one point, during a pep talk, King even tells Vaughan, “You’re good, but you aren’t that good  . . . yet!” For fans thirsty for something new from Stevie Ray (Epic Records has been incredibly stingy about emptying its vaults), this is a welcome surprise.

During the ’60s, folk-rock star and Lovin’ Spoonful head honcho John Sebastian led his jug band to the Top 40 with a series of pop hits, including “Summer in the City” and “Do You Believe in Magic?” Those songs are now car commercials, but Sebastian has returned to his jug-band roots with one of the season’s sleeper hits. Blues legend Yank Rachell joins in for a couple of tracks, and overall the result is a laid-back front-porch jug-band jam among friends–not a care in the world and all of those Top 40 pressures are a world away.

Before Stevie Nicks and company set the pop world on fire with their witchy ways, Fleetwood Mac–guitarist Peter Green, drummer Mick Fleetwood, bassist John McVie, guitarist/pianist Jeremy Spencer, and guitarist/vocalist Danny Kirwan–were one of England’s top white-boy blues bands (McVie and Fleetwood were the rhythm section for John Mayall’s Bluesbreakers during Eric Clapton’s tenure). On the road, roadie and sound engineer Stuart “Dinky” Dawson taped this 1969 date at the Shrine Auditorium in Los Angeles. And thank the rock gods that he did. This first in a planned series of similar releases featuring other ace British Invasion bands finds guitarist Green in top form–his lamenting interpretation of Little Willie Johns’ “Need Your Love So Bad” is simply sublime. Stunning stuff that has held up well over the years.

Spin of the Week:

Bluegrass pioneer Bill Monroe unleashes that high, lonesome sound for which he became famous in this 1989 live recording from the popular American Public Radio show. The father of bluegrass music and his Bluegrass Boys cover all the bases in an inspired set that is the sweetest sound this side of tomorrow. As writer Jim Rooney notes, this disc contains what the Irish term “the pure drop,” a distillation of 50 years of shows by the recently departed country legend. Drink liberally from this fiery draft.