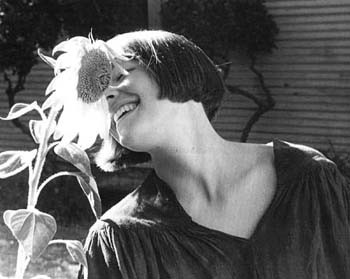 AS THEIR NAME IMPLIES, the six-year span since their first CD release has given the Ruminators plenty of time to ponder the songs that make up this fine album. Unhurried and acoustic-based, the superb production by leader Greg Scherer, Doug Jayne, and Jeff Martin (of Joanne Rand’s Little Band) allows Scherer’s compositions to gently move the pure air on which they seem to float. Jennifer Goudeau shares vocals with Scherer, with instrumental assistance from Spiral Bound’s Terry Ann Gillette, former Hijinks’ Chip Dunbar and Ted Dutcher, Jim Hurley, and Rob Stinnett, among the collaborators. With Celtic roots planted firmly in American soil, their genuine sound reflects the cross-pollination of the contemporary folk-music scene, from countrified to Parisian cafe jazz. Meanwhile, singer Rachel Tree makes her debut with the Little Big Band rhythm section. Her earnest, wide-eyed vocals and organic songs pitch her in the New Sincerity camp of artists. Zero guitarist Steve Kimock and Terry Keady lend their talents on a couple of cuts to ensure all is solid on the musical front.
Terry Hansen

A GIGGLE CAN WIGGLE … is a strong debut from Petaluma children’s music performer James K, a talented singer-songwriter working in the vein of Peter Alsop and Tim Cain, and offering powerful self-esteeming messages in a playful setting. These mostly original folk-oriented songs–melodically catchy enough for preschoolers and kindergartners, and lyrically sophisticated enough for kids up to sixth grade–have struck a chord in young hearts among local schoolchildren. Kid tested, kid approved. Meanwhile, local kiddie music star Jim O’Grady has released his third CD, a collection of hummable pop songs that touch on favorite children’s themes, including “I’m Not Made for Homework” and the timely “Summertime Is the Best.”
Greg Cahill

SONOMA COUNTY resident Vince Welnick, Grateful Dead keyboardist from 1990 to 1995, came close to becoming missing-in-action, sinking into a deep depression after the death of guitarist Jerry Garcia from which he thought he might never emerge. Enter Zero guitarist Steve Kimock (recently recruited by Dead members Weir, Lesh, and Hart into the Other Ones), who beckoned Welnick to Kene Eberhard’s Studio E in Sebastopol, where he was joined by bassist Bobby Vega and ex-Tubes drummer Prairie Prince in the original version of MMF. They launched into a series of live studio shows that are the genesis of this CD, with overdubs added later by a new version of the band. Some murkiness occurs from this process, but the CD benefits from Welnick’s charged vocals and accomplished ensemble performances.
T.H.

WITH FORMER Lost Planet Airman, bassist, and bandleader Tim Esch-liman calling Petaluma home, this veteran Bay Area band has been appearing with increasing frequency at local venues. Their seasoned brew of R&B has seen two previous releases, but it’s this album that will hoist their recognition factor, with the effervescent presence of Chuck Berry’s piano-man Johnnie Johnson on seven of the 12 cuts. Still, it’s very much the Jive’s show as Johnson blends seamlessly on original tunes (three by Johnson himself) and well-chosen covers, running the gamut from jump and boogie to straight-ahead blues.
T.H.