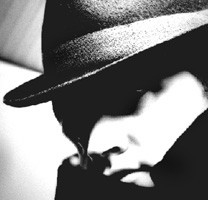 Private? Aye: Even those who are decades away from needing Medicare should pay attention to the government’s current experiment in pushing the private over the public. Yet another proud moment in the ‘ownership society.’

Last year, Americans 65 and older had six months to choose among a myriad of Medicare options, both for Part D, covering prescription drugs, and what are known as Medicare or Senior Advantage plans, where private companies provide managed healthcare similar to the original government-run program.

As the government leads the way toward the privatization of Medicare, the spiritual descendants of snake oil salesmen are using slick direct-mail techniques, toll-free numbers and a host of ambiguous phrases to convince seniors to buy their products. One for-profit company even managed to manipulate more than 30 mainstream media outlets into including its name and contact information in news stories as if it were a nonprofit service.

The advice “Let the buyer beware” has moved squarely into the realm of health insurance.

Rattled by initial changes to the Medicare program, most people assumed that 2007 would bring simpler choices. Instead, private insurers are making extensive changes in premiums and coverage. This year, there were 25 Advantage programs in the greater San Francisco Bay Area; starting Jan. 1, there will be 43. Medicare recipients have until Dec. 31 to choose the plan they want for all of 2007.

“People are having to make life-changing decisions about their healthcare coverage,” says Tatiana Fassieux, a regional manager for the Health Insurance Counseling and Advocacy Program (HICAP), a state agency established to provide accurate information to Medicare beneficiaries.

And with the move toward consumer-driven healthcare, where individuals–rather than employers or, in the case of Medicare, the government–become responsible for their health insurance choices and costs, all age groups could face similar choices.

Senior Educators is “an independent service to help navigate Medicare and to help seniors find the best coverage,” says Kelly, the friendly young woman answering Senior Educators’ toll-free phone line. Kelly starts to explain that the “independent service” works with “many” insurance companies, but quickly corrects herself to say it “works with just about every insurance company in California except Kaiser.”

Although it’s hard to tell from its website and promotional mailers, the San Francisco-based Senior Educators is licensed in California as Professional Senior Educators Insurance Services, a name that’s supposed to be used in full whenever the company conducts any business. As reported earlier in these pages (“Senior Scam?” Nov. 22), this is a for-profit agency making money by referring seniors to one of the private insurance companies it represents; there are just six in California.

Last year, Senior Educators operated primarily in California; now it’s offering “free, unbiased guidance” in more than a dozen states. Thanks to ambiguously worded statements sent to the press and a news wire story giving no indication of its for-profit status, company officials have been quoted next to nonprofit Medicare experts in more than 30 newspaper stories nationwide. In some cases, the firm’s contact information was listed as a resource for Medicare recipients, with no acknowledgement that Senior Educators earns money for every referral to a private plan.

After inquiries by the North Bay Bohemian and a complaint by an employee of a nonprofit organization, the California Insurance Commissioner’s office is investigating Senior Educators’ marketing efforts. But Senior Educators’ spokesman Conor Lee says it’s always clear the firm is a for-profit business.

“In any kind of mailing or solicitation, we specifically describe ourselves as a licensed service to discuss Medicare plans. If a senior calls us for information on specific plans, it very clearly states that we are compensated.”

Margaret Riley, HICAP manager for nine counties in the Sacramento area, objects to private companies acting as if they’re nonprofit organizations. She says that firms like Senior Educators only connect seniors with the private companies they represent and don’t have the training to know when other programs, including the original government-run system, could be the best choice for a particular individual.

If you have $1,195 to $1,395 to spare and are willing to complete an online study program or attend a four-day class and then pass a test administered by the same people who sold you the course, you can become a Certified Senior Advisor through the Society of Certified Senior Advisors. As the website for the Canadian equivalent proudly proclaims, “Certification builds Credibility, Credibility builds Trust, Trust builds Business.”

“When you add CSA to your name in your ads, that gives you an aura of legitimacy,” Riley says. “[Saying that] ‘I am a certified senior adviser,’ is not worth the paper that it’s written on, because I have CSAs calling me for advice. Their level of training is not extensive.”

An insurance agent in the Chico area not only lists himself as a CSA in his newspaper ads, he also claims his office to be a “Medi-Care Part ‘D’ Drug Enrollment Center.”

The problem, says Congressman Pete Stark, D-Fremont, is that Medicare officials didn’t set tight parameters when allowing private insurance companies to sell Part D prescription coverage. Years ago, when federal legislators structured what are known as Medigap policies, Stark explains, they allowed companies to offer only 10 to 12 standardized programs. Premiums could vary, but benefits had to be comparable.

“There’s no standardization now in the Part D programs,” Stark says. “The whole system is almost stacked against the beneficiaries and in favor of the insurance companies. The longer you look at it, the worse it gets.”

While Medicare recipients are locked into the plan they choose for all of 2007, Stark says, insurance companies can change their formularies at any time during the year. They could, for example, drop the exact drug a senior needs, but the subscriber won’t be able to switch to another plan until 2008.

“All I’m hearing from the [Medicare] administration is about how wonderful these plans are,” Stark adds. “We’re supposed to serve the beneficiaries, it seems to me, rather than the industry. We haven’t heard the last of these scams, because there are operators out there ripping off seniors.”

While the marketing techniques used by companies like Senior Educators may be questionable, that’s a matter for each state to decide, says Jeff Flick, Bay Area regional director for the Centers for Medicare and Medicaid Services. The federal government regulates the health-insurance companies themselves, not the agencies representing them.

“Procedures are in place to make sure plans are following guidelines,” Flick explains. “When one plan crosses the line and violates marketing requirements, generally the way we find out is a competing plan reports it. The plans tend to police each other.”

And what about the press coverage that implied Senior Educators was a nonprofit service? Flick says press releases aren’t reviewed by the government unless they contain specific benefit information. Senior Educators’ bid for free media coverage isn’t illegal.

“I’m not sure there’s a law against being clever,” Flick adds.