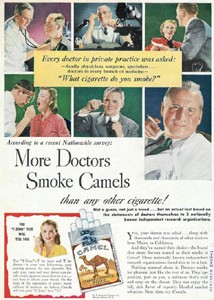 For the Hell of It

Why kicking heroin is infinitely easier than quitting cigarettes

If you’ve made quitting nicotine your New Year’s resolution, you are in my prayers. Quitting is difficult. For me it was almost impossible.

I never fully realized the magnitude of my nicotine addiction until I wasn’t allowed to smoke. It first happened on a flight from Washington, D.C. Relax, I told myself, as I put out that last cigarette outside the Reagan National Airport. It’s just a two-hour flight to Chicago! Take it easy! Take a nap! Little did I know we’d fly into the worst snowstorm to hit the region in years and get stuck in a holding pattern over the Great Lakes. Four hours after leaving Washington the combination of no nicotine, heavy turbulence, no nicotine, a menacing briefcase under the seat next to me, and no nicotine had put me in a state of absolute white-knuckle anxiety.

Childhood fears that I might someday push up the window shade and see a furry gnome on the wing had been replaced by adult fears of opening the shade and seeing no wing at all. By the final hour, I was so freaked out I actually considered lighting up and accepting the consequences. But who knows what lighting matches on a commercial jet could mean in this day and age?

When we finally landed, I grabbed my cigarettes and galloped off the plane. But smoking wasn’t allowed inside O’Hare either. To smoke, I’d first have to get my luggage, then traverse a mile-long corridor to an outside parking lot.

Some people are seasoned travelers able to hit the road with nothing more than an overnight bag. Not me. I pack like Cher. With suitcases and garment bags, raincoat and magazines, laptop and cell phone, briefcase and water bottles, I clanked and clattered through O’Hare like the 101st infantry moving through Bastogne. Shambling along, scooting an old Samsonite with my foot, I swore to God that if I ever made it to the far side of the terminal and could have just one cigarette, I’d quit smoking forever.

Fifty-five bucks for this? These things better work! Opening the box of nicotine patches, I studied its contents: several hermetically sealed patches; a self-help tape; a bright green “I Quit!” sticker with a happy face; and a booklet titled Thirteen Tips to Making Quitting Easier.

Tip number one: Try to avoid activities you associate with smoking. Oh. Like life? I associate everything with smoking: eating, drinking, working, relaxing, being with people, being alone. If I’m awake, I’m smoking. If I’m asleep, I’m dreaming about it.

How did I become such a helpless, wretched mess? Well, let’s just say it wasn’t my fault. See, my mother smoked during pregnancy. Not that I hold it against her. Most women did in the 1950s. I think it was actually encouraged. The doctors smoked, the nurses smoked, the pediatricians smoked. There were full-page magazine ads with a smiling Surgeon General saying, “For a luckier, healthier baby, smoke Lucky Strike!” and “Taste tests prove breastfeeding babies prefer Camels 10 to 1!”

Grandpa smoked Chesterfields. Grandma smoked Parliaments. Ma smoked Salems. Dad smoked Kents. The way I figure it, I was hooked before I was even born. My first conscious thought after they cut the umbilical was probably, “My God! They cut off my nicotine!” Consequently, I don’t recall much of that first year. The last thing I remember was Dad passing out cigars labeled, “It’s a boy!”

I suspect I first learned to walk in an effort to seek out secondhand smoke. When I grew old enough to buy my own, I crossed the imaginary line between casual smoking and full-fledged addiction halfway through my first pack. I then spent the next 20 years trying to get off the damned things.

I hate to say it, but I took the nicotine habit to its ultimate conclusion: cigars. There isn’t anything beyond cigars. If you think cigarettes are socially unacceptable, try lighting an El Beso Churchill grande in a restaurant or near a restaurant–or within the city limits. It got to where I’d have to lease an offshore oil rig to smoke in peace.

I decided there had to be a better way. Finally, I hit on the magic bullet. Nicotine gum! Yes, a miracle! By God, I actually did it! I quit smoking by switching to nicotine gum. But then something weird happened. I went from chewing a box a week to two boxes a week–then to three. By the time I figured out what was happening, I was chain-chewing the equivalent of five packs of cigarettes a day. Not only was I swallowing eighty-five milligrams of liquefied nicotine, but the constant chewing was giving me a startling new appearance. My eyes were shifty and I talked out of the corner of my mouth like a movie gangster. People paled when I approached, as if I might be packin’ a gat.

It was the fork in the road. I bought a box of nicotine patches and did the math. To switch from 34 pieces of gum a day to a 21 mg patch without feeling any withdrawals, I’d have to put on, roughly, 16 patches the first day. I could put one on both arms and legs. OK, that’s four. Both butt cheeks, both breasts and both testicles–10. When I realized there was only one place to put the other six, I had my moment of clarity. This is it! I’m going cold turkey!

For reasons best left to mystics, the day you quit nicotine, the cosmos conspires to turn life into a holy hell. Ex-smokers told me to look at it as a rite of passage. There’s only one way to get to the promised land, they said: by crawling through the long, dark tunnel of pain and deprivation.

Day One was roughly 92 hours long. One minute I was Neil Armstrong bounding through my living room in zero gravity. Seconds later I was lurching down the hallway in concrete shoes. All the while, the ghost of Jascha Heifetz played a mournful violin. Nobody told me I wouldn’t be able to function. Nobody told me I’d be curled up in the fetal position grieving every loss since my third-grade cat. Nobody told me I’d be staring at my cottage cheese ceiling until I could make out the face of Charlie Manson.

I thought I was prepared for Day One. I’d worked it all out so I didn’t have anything important to do. The answering machine was on, the window shades were drawn and I was watching mild cartoons at low volume when suddenly I realized to my horror that I had to go to the store. A Coco Puffs commercial had come on the screen, which triggered an ungodly urge for chocolate. Lots of chocolate–now! A Butterfinger. Now.

A Snickers the size of a Duraflame log. Now. And M&M’s. Now. Where are my shoes? Where are the keys? Oh God, why doesn’t See’s deliver chocolate in a little white truck?

The drive to the store was a Herculean effort. I couldn’t decide which one to go to–the one two miles to the south or the one a half mile to the north. Confused, I drove straight through the intersection, missed the onramp and couldn’t figure out how to get back across the freeway. I bumbled through an obstacle course of speed bumps and dead-end streets behind a retirement community. I could see a grocery-store sign off in the distance, but fate had placed Donner Pass between it and me.

I don’t know how I got there, but when I emerged from my blackout, I was jogging down aisle five in my neon bathrobe clutching a large yellow bag of Nestlé’s chocolate chips.Paying in a blur, I sprinted to my car, where I gorged on the chocolate like a hunger-crazed timber wolf.

Day One will be remembered for sweaty naps, shouting obscenities at inanimate objects and a variety of strange new discoveries. I learned that no matter how much Tagamet you take, it won’t kill the heartburn caused by the combination of chocolate chips and homemade nachos. Another revelation was that my sense of smell had been in a coma for years. When my nose awoke late that afternoon, I realized I was going to have to change my aftershave. I was stunned to find out I’d been walking around smelling like crème de menthe.

Thankfully, Day One came and eventually went. In the three years since, I’ve contented myself with a regimen of vitamin B, exercise and occasionally careening across three lanes of oncoming traffic for doughnuts. The good news is the nicotine craving disappeared. As for the sugar, well, if they ever develop a toffee peanut patch, I’ll probably be in the first blind-study group.