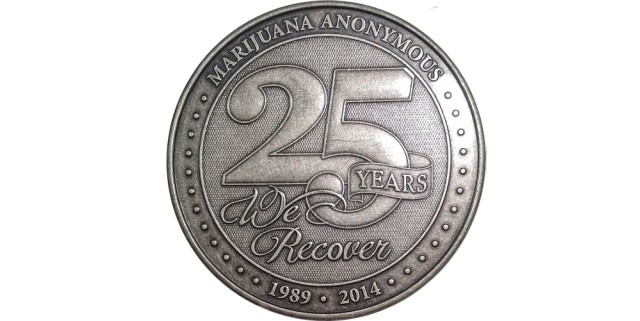 The old joke was that if you were so stoned that you forgot to roll another joint, chances are you’ve got a little problem. If you’re waking up in the middle of the night for a few puffs to help you get back to sleep—uh, you’ve probably got a problem. If you find that you can’t do anything without the aid of cannabis, chances are . . . yes, time to let the smoke clear and take a hard look at the habit.

Cannabis ingestion and its societal impact has become a much more serious business now that legalization is afoot in California. With legalization comes a reckoning for individuals who can now go into a store and buy an ounce of legal cannabis a day.

While the health benefits of moderate cannabis use are a generally agreed upon fact, there’s a significant undercurrent of disdain for the plant in addiction-recovery circles that holds it can be abused just as alcohol or opioids can be abused. And the fallout from cannabis addiction isn’t just falling asleep while binge-watching Peaky Blinders with a bucket full of Pop-Tarts on hand: there’s divorce, depression, financial ruin and suicide that spring from overdoing it on the cannabis.

The British Journal of Psychiatry studied the cannabis-suicide connection several years ago and determined that “[i]t is conceivable that cannabis use could lead to an increased risk of suicide through a number of different mechanisms, including neurobiological effects, development of mental health problems such as depression or psychosis, or social disadvantages (such as poor academic achievement or unemployment) that might result from cannabis use.”

That’s the message coming from recovering pot addicts in the North Bay. A few weeks ago I heard from a long-time attendee at Marijuana Anonymous groups around Sonoma County, who wrote to offer (anonymously, of course) a counter to the legalization hoopla. The message: we need MA now more than ever: “Legalization adds yet another layer of complexity for a person obsessed with cannabis.”

Marijuana Anonymous has been around in the North Bay for 25 years. The program is based on the Alcoholics Anonymous model, offering the same 12-step programmatic approach to getting an addiction under control. The first step is to admit there’s a problem. At some point there’s a reckoning with all the lies that addicts tend to tell themselves, and others. It’s hard work. But as is said in “the rooms”: Keep coming back, it works if you work it, and work it ’cause you’re worth it.

There’s been a growing knock on AA in recent years as the program come under fire in professional addiction-therapy circles on a number of fronts, mostly by people who’ve never been to an AA meeting and have no idea how the fellowship actually works. The rub from academics and medical professionals is that the 12-step model doesn’t cure addiction and that there’s no available means-testing to determine, scientifically, the efficacy of the program.

Another issue that’s a big turn off to the program for some is the whole “higher power” part of the deal, i.e., the invocation of God, which has raised legalistic church-state questions when judges will on occasion sentence a DUI convict to attend some AA meetings as part of the punishment.

Yet most critics of AA, or of Narcotics Anonymous or of MA, fail to account for the fact that in America, sitting in a room with a bunch of other addicts is often the only available option, the “poor man’s rehab,” for those who can’t swing $18,000 for a month of luxurious addiction therapy at Serenity Knolls. Addiction is universal, but we don’t all have Jerry Garcia’s bank account.