A great ride to great vines 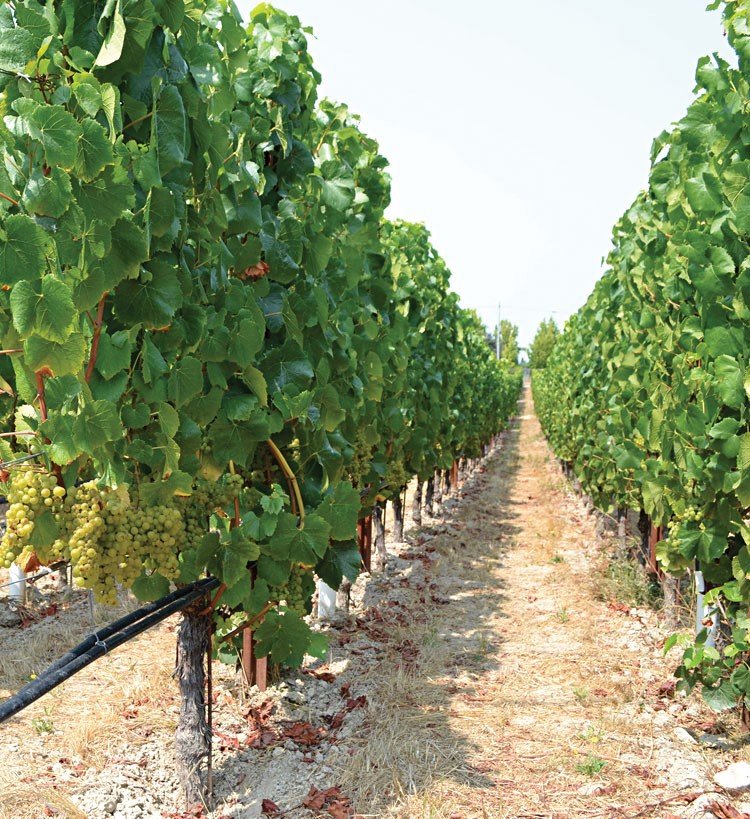 I should call this Barlow-to-Barlow bike loop a small ride to Small Vines: it’s an easy, 7.5-mile ride, mostly over an off-street paved path and through quiet country lanes, that passes points of interest to viticulture geeks and heritage apple fans alike.

The Barlow center in Sebastopol, where the namesake family operated an applesauce cannery, is a fitting starting point for this ride. Today, it’s a post-industrial haven for post-ride nosh and a brew. Find Morris Street at the east end of the Barlow and take a left. Morris curves west toward the entrance to the West County Regional Trail. Follow the signs at High School Road to pick up the trail. This is a former railroad grade, so it’s not steep, but if a pick-me-up is required after the arduous climb, stop for coffee at Andy’s Produce Market.

Turn west at Occidental Road. Just before the next leg of the West County Trail, make a left on little Barlow Lane. It’s a slow, pothole-laced but picturesque climb past Taft Street Winery, and vineyards and apple orchards in just about equal measure. Where the road doglegs, there’s a vineyard that’s not quite like the others.

It’s expensive to farm this way—they imported a French tractor that looms above the rows—and it’s a financial commitment to visit (three-bottle purchase, or $100 per person, by appointment only), so today let’s roll on down the lane, past a side-by-side comparison with a conventionally farmed vineyard, and some amusing sculptural sights as well.

The road ends at Mill Station Road: right to choose your own adventure in the Sebastopol Hills; left to reconnect with the West County Trail at Highway 116.

Small Vines 2014 Sonoma Coast Chardonnay ($55) Grown on the other side of the winery and tasting room, which is fashioned from the Barlow’s original apple storage barn, the Chardonnay wows me with its exotic juxtaposition of caramel, toasty butter cookie and spicy, hazelnut liqueur aromas with lean, lively citrus flavor. The Pinot Noir here, too, has fresh intensity, and far from being a vintage on the way out, has plenty of time to age. Good thing the Sloans saved a pallet of 2014, as 2015 is already sold-out—naturally, it was a small crop.