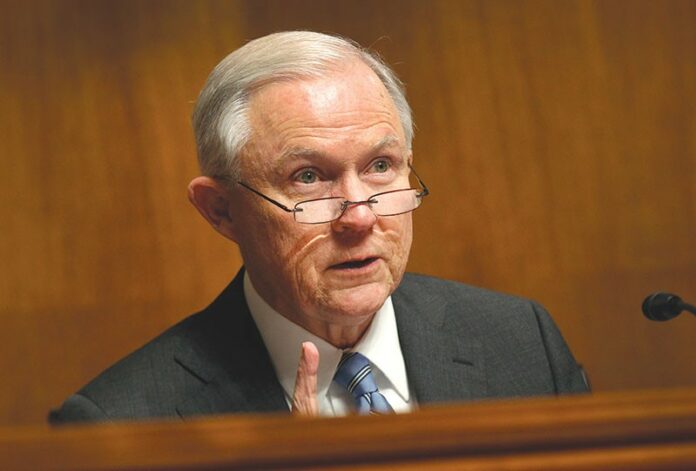 Trump is ramping up his unwieldy war on weed.

Earlier this month, it was revealed that President Donald Trump created a Marijuana Policy Coordination Committee, one in which various federal agencies that oversee marijuana policy work together to find ways to prevent Americans from having access to the drug. According to a summary of a meeting held between the White House and nine government departments in July, “the prevailing marijuana narrative in the U.S. is partial, one-sided, and inaccurate,” and needs to be countered with “the most significant data demonstrating negative trends with a statement describing the implications of such trends.”

Strekal contrasts Trump’s policies on marijuana with those of his predecessor. Obama’s policy was largely driven by the now revoked “Cole memo.” The Cole memorandum was a policy drafted by Deputy Attorney General James M. Cole under Obama that effectively told states which had legalized marijuana that they could do so without federal interference as long as they abided by certain rules, such as making sure the drug stayed out of the hands of children and keeping it out of states where it is still illegal. By revoking the Cole memorandum, Attorney General Jeff Sessions gave federal prosecutors carte blanche to decide for themselves whether they would respect the wishes of states that had decided to legalize the substance.

What steps might we expect the Department of Justice to take to curb marijuana use?

“It could be a wide range of things,” Strekal explains. “In my view, it is unlikely that the DOJ, or DEA specifically, commits to a widespread ‘crackdown,’ but it would be much more like what the Heritage Foundation called for in 2017 . . . a 12-point plan for how the Trump Department of Justice can shut down marijuana in America. And largely the DOJ has followed many of those steps, and the biggest enforcement action component of that would be targeted RICO suits against some of the largest companies in the industry.”

The Trump administration’s attitude toward marijuana legalization stands in contrast with national Democrats, who have indicated they plan to take up federal decriminalization if they take back the Senate this fall.

This article appeared on Alternet and was originally published by Salon.com.