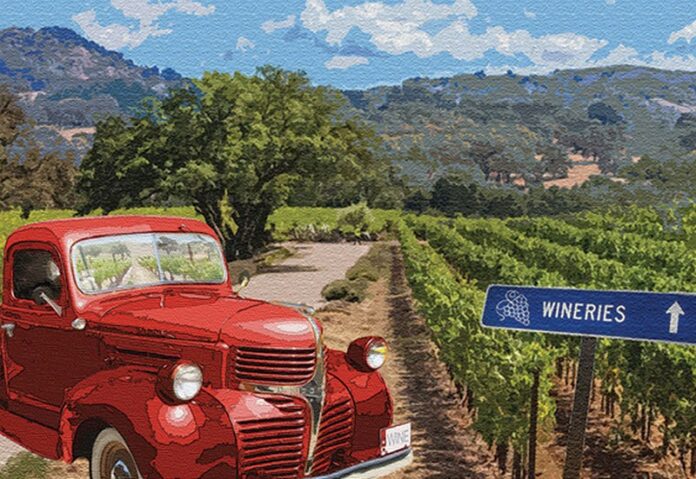 Why pay $40 to $50 a bottle for a wine nobody’s heard of? Douglas Minnick, maker of several such wines under the name Hoi Polloi and co-founder of the Garagiste Festival, acknowledges that the wine named for the masses isn’t sold at supermarket prices. Matter of fact, he says their tongue-in-cheek T-shirt bears the slogan, “Wine for the common man at premium prices.”

The wines poured at the popular wine festival, which comes north to Sonoma for the first time May 12, may not be cheap, but they’re not cheaply made, either. “If you’re making wine in 10,000 gallon tanks,” says Minnick, economy of scale is on your side. “But you’re going to make the wine in a different way.” The wines at Garagiste—the festival is limited to producers making less than 1,500 cases per year—are handmade by comparison. “It’s almost an entirely different product.” They’re also harder to find. “These are wines that are not on the wine country maps,” says Minnick.

Some more facts about Garagiste, paired with a selection of wines, all of them less than $40:

Lightning Wines 2016 CdP Blanc ($24) While winemaker Randy Hester can boast of working for some of the big names in Napa Cab, he chooses to make a blend of Grenache Blanc, Piquepoul, Marsanne and Roussanne on his own time. Not only an unusual find in Napa, this subtle, fleshy, white Rhone-style blend is harder to find hereabouts than in Fayetteville, Ark., according to Lightning’s restaurant list.

Two Shepherds 2015 Bechthold Vineyard Lodi Cinsault ($32) Outlier among outliers, Two Shepherds is one of only about
10 percent of the wineries at the May 12 event that has a tasting room of its own (in Windsor’s Artisan Alley). Cinsault is itself an outlier, and it’s a wonder that this vineyard survived 130 years in production-oriented Lodi. Similar to but more successful than many a California Grenache, this crisp, red cherry quaffer is the ideal kind of “bistro” wine—uncomplicated, but quality.

Halcón Vineyards Tierra Yorkville Highlands Petite Sirah ($32) I’m not sure what the story is on this winery, but that’s the point of Garagiste: tickets are not oversold, so you don’t have to wade through the elbow forest to talk to the winemakers themselves. This Petite Sirah, a popular companion planting to Zinfandel down in the Ukiah area, comes from a higher-elevation vineyard. There’s an herbal element of green peppercorns to this dense, plum sauce and chocolate fest.