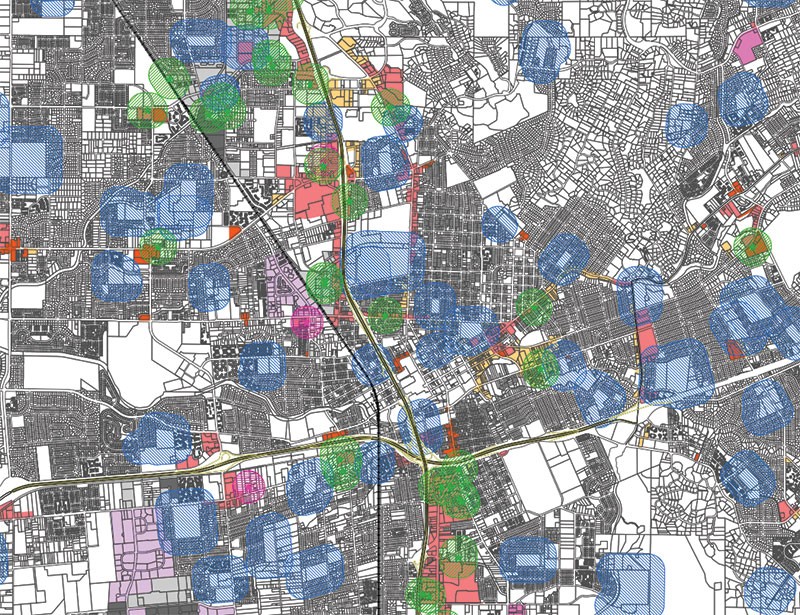 Santa Rosa may soon join a small number of California cities that permit “cannabis lounges,” retail businesses with on-site cannabis consumption. While the regulatory hurdles for such businesses are high, the city’s permissive policies may usher in a new era of legal cannabis use in the city.

“This is a new aspect of the retail world that we’re willing to consider,” says Clare Hartman, Santa Rosa deputy planning director.

Santa Rosa opened the application period for new cannabis businesses on April 9. Because
of the anticipated demand, the window for applicants was just two weeks, to give a planning department still reeling from last year’s fire time to process applications. The city received 38 applications for retail businesses of various kinds, most of them dispensaries with delivery services. The city currently has three retail cannabis businesses. There is no cap on additional permits. Hartman says the city will accept more applications once staff works through this new batch.

A review of the applications revealed at least two businesses planning on-site consumption: Humanity Wellness, at 3791 Cleveland Ave., and Sustainable Growth Systems, at 2463 Bluebell Drive. Public consumption of cannabis is illegal in California, but under the Medicinal and Adult-Use Cannabis Regulation and Safety Act, cities and counties may authorize on-site consumption to licensed retailers and businesses as long as they abide by age restrictions, prohibit alcohol sales and ensure consumption is not visible to the public.

Hartman does not expect a flood of cannabis lounges because of the city’s restrictive smoking laws (Vaping falls under the ordinance). But the next round of applications may yield more. Perhaps there will be lounges just for edibles?

Of the 38 applicants, most are clustered around Yolanda Avenue and the northwestern section of the city, but provisions limit over-concentration of businesses. Proposed businesses within 300 feet of residential areas must hold a community meeting. Thirty-two of the applicants fall under that requirement.

Hartman notes that some applicants want to locate near what she sees as like-minded businesses that celebrate Sonoma County lifestyle products. Solful, a new dispensary in Sebastopol, is applying to open a second location behind Trail House, a mountain bike shop/ beer lounge/cafe. There are also two businesses proposed on Briggs Avenue, near Vintner’s Square.

“It’s interesting how cannabis is creeping into the culture we’ve been trying to encourage,” she says.

Next ArticleMusic for All