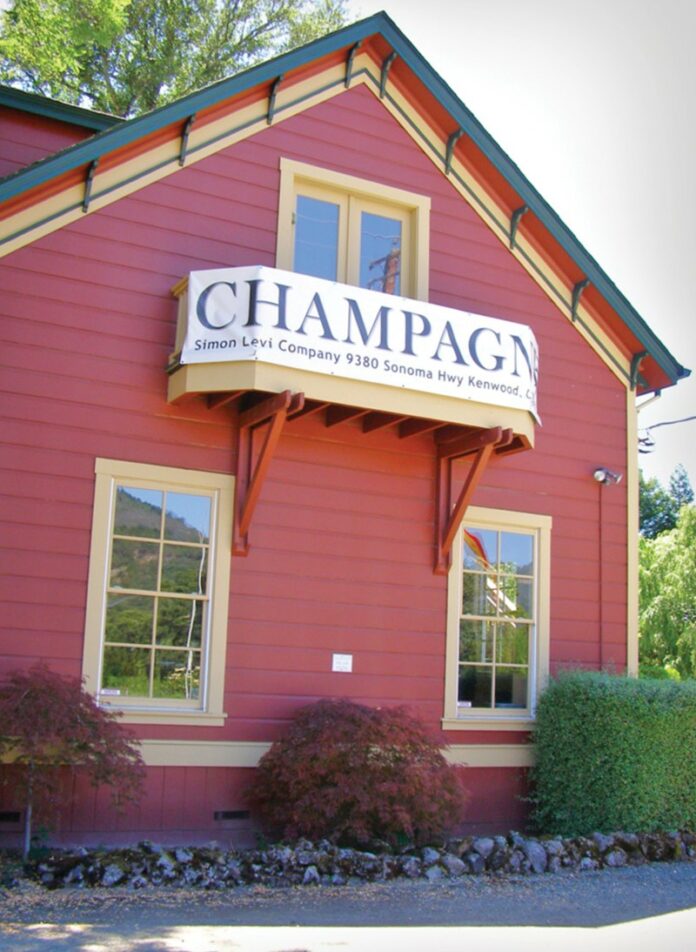 Learn Cal-Ital at the red schoolhouse—yes, this is for the test

The lure that brought me shambling back into this familiar old Kenwood wine shack was the big banner that all but shouts “Champagne!” You can see it from a mile away. I don’t mean the sign. I mean the un-flippin’-believably informative lecture that I, as a writer of topics vinous, now feel impelled to deliver about how one mustn’t call sparkling wine “champagne” that doesn’t originate from Champagne, France, because of the history and the terroir and international law and this, that and the other—and by the way, did you know that “Hearty” is not a commune of Burgundy?—unless it’s Korbel, in which case, pop that California Champagne and drown some domestic Brie on French bread with it.

One explanation of how SL Cellars avoids the ire of the Brussels enforcers is that these wine and spirits veterans simply imported some champers from Dizy, France. It rests on a shelf; ergo, here’s Champagne on hand (the resourceful founder and namesake of Simon Levi Company, an immigrant who founded a wholesale mercantile empire in 19th-century Southern California, might have been proud). Another explanation is, who cares?

Certainly not the mostly young fans of NV Framboise Sparkling Wine ($24), who will find its sweet, foamy palate and aroma an easy graduation from raspberry Crystal Geyser. The NV Almondine Pour La Vie ($24) could be the perfect foil for an almond Danish. Also made by Charmat method, not méthode champenoise—which is also now absolut verboten to say, mon frère—the Grand Cuvée ($24) is somewhat yeasty, dignified and comparatively dry.

The latest tenant to share Simon Levi’s flophouse for itinerant vintners—following Smothers Brothers, Tandem and many others—Michael Muscardini Cellars complements his landlord’s sparklers with super-Tuscan-style reds, and the soft yet zippy, planter-box-floral 2012 Sole Del Mattino Sonoma Valley Pinot Grigio ($24). The 2010 Monte Rosso Sangiovese ($36) is upfront with spicy red cherry fruit, while the 2010 Monte Rosso Vineyard Zinfandel ($42) plays it typical at first whiff, then tips off the palate to this vineyard’s “grand cru” status with layers of alluring pomegranate, olallieberry and dark liqueur flavors.

There’s barrel tasting of the young 2012 Syrah just to the right of the bar, which is circled by the old model train. The joint is sparkling clean, packed with novelty art and Krave jerky nibbles. The staff is friendly, there are Baby Bells and Pinot Grigio in the cold case, and there’s also live music on Fridays. For unexplained reasons, a gumball machine dispenses used corks—a feature that no one but some kind of Euro-existentialist would find disturbing.