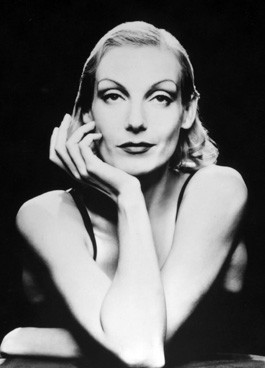 Growing up in Münster, Germany, Ute Lemper had Kurt Weill as a part of her life, albeit a peripheral one. The Threepenny Opera played annually at local theaters, and the writings of Weill’s partner, Bertolt Brecht, were part of the school curriculum. But it wasn’t until high school, Lemper says, that she truly understood Weill’s story, and she’s quick to list the qualities that she was drawn toward.”

His incredibly revolutionary art with Brecht throughout the Weimar Republic,” she says, on the phone from her home in the Upper West Side of Manhattan. “This new form of music, of theater. Educational theater. Very free, full of spirit and anarchic somehow. I had connection to it as a young person. It expressed a lot of my feelings and my wish to free myself from rules—and a little bit of anger about the past.”

The 46-year-old Lemper, who sings Weill’s Seven Deadly Sins with the Santa Rosa Symphony this weekend, has become the world’s foremost interpreter of Weill’s music and the natural heir to Lotte Lenya, the composer’s wife. Coincidentally, Lemper’s first all-Weill recital came at the age of 21, in 1984, just three years after Lenya’s death in New York City. Her handle on Weill’s repertoire is unsurpassed, and the 1988 release Ute Lemper Sings Kurt Weill remains the definitive modern interpretation of the great German composer.

Before splitting up for good, Weill and Brecht worked one final time together on the Seven Deadly Sins, which Lemper cites as one of her favorite musical works. “This piece is a beautiful impressionistic, expressionistic orchestra piece,” she says. “I just love to stand there in the middle of the orchestra, next to the conductor, and fall into the music and tell the story of Anna.”

In the work, originally written as a ballet, the narrator tells the story of Anna I and Anna II, who can be interpreted as either two separate sisters or split personalities of the same person. The Annas set out from their home in Louisiana to find fortune in the big cities of America to send back home so that their family, represented by a four-member male chorus, can build a house on the shores of the Mississippi River. Along the way, they grapple with each of the seven deadly sins.”

The singer is just the commentator,” says Lemper. “It’s more like a psychological consciousness that I’m basically speaking to myself. I’m giving myself advice to behave and not to listen to what the others tell me, and not to be tempted by the sharks—of course, the capitalistic sharks, in the Brecht way of looking at society. Anna I is the business woman, the cold one, the one that wants to function and exploit capitalism to its brim. Anna II is the one who always doubts everything, and wonders, ‘Why should I do this? I can’t be with the man who has a lot of money; I need to be with the man I love.'”

Lemper, who has followed her passions into roles on Broadway (Chicago), movies (Pret-a-Porter) and rock and roll (Roger Waters’ The Wall), “definitely” associates more with the emotional, instinctive Anna II. More than a lesson on following one’s heart, however, Lemper sees The Seven Deadly Sins through Weill and Brecht’s eyes as a satire of fascism.

“I just saw the other night on TV the movie by Michael Moore, Capitalism: A Love Story,” Lemper mentions. “It’s very interesting, actually, how it all goes back to years ago. Ronald Reagan, the start of cutting taxes to the rich people, being able to make the rich people richer, this history of capitalism in this country. Of course, it’s Michael Moore and it sounded like a satire, and he commented with a lot of funny elements. And so did Brecht, in his story of the Seven Deadly Sins! There are a lot of funny, satirical elements.”

While Lemper admits The Seven Deadly Sins is “a bit dated,” she believes it was written with the ideal of socialism being a more humane concept than fascism, “long before the Cold War,” she points out. “And long before Brecht would have been able to see that socialism in itself was a corrupt form of system, too.”