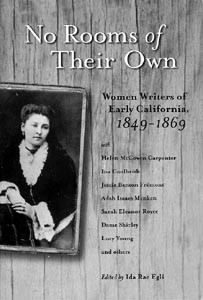 We’re almost as blessed with prolific authors as we are with rain in this county (seeing the rain as a blessing has become an important psychic stave at this point). And indeed, psychic staves, healing, and travels of all types emerge from the shelves as the themes for this winter of our content as we curl up to journey, learn, and feel better with the help of local Sonoma County writers. Synopsis by Gretchen Giles and Marina Wolf.

PUTTING THE ENTIRE discipline of Ayurveda into a book the size of a kitchen sponge may be a little like making flashcards for heart surgery, but Santa Rosa chiropractor Helen Thomas does her best, creating a book that works for either beginners or serious practitioners.

The potential for a “medicine cabinet” approach looms large in A-Z guides to health such as this, but Thomas and co-author Nancy Brunin avoid it, for the most part. The different elements of the discipline are covered adequately–though one must acknowledge the difficulty of reading three- or four-column charts crammed into such a small-format book–and the pages of symptomology and remedies that fill the rest of the book offer understandable holistic regimens for over 60 health and beauty problems.–M.W.

I HAVE YET TO WITNESS a staging of the Three Little Pigs that rivals my dad’s, which showed weekly in our back hallway for years and ended with the wolf flying not up the chimney but being flushed down the toilet (way-cool sound effects). Rich oral traditions like this are rapidly fading in our high-gloss, high-tech age of pop-up dinosaurs and beeping video games. But then along comes Santa Rosan Judy Dumm’s lovingly polished piece of interactive storytelling to keep the flame alive.

Dumm has certainly retained that seat-of-the-pants “and then what happened, Grandma?” sense in her rollicking Bay Area travelogue of 10-year-old Donald. The Flying Ferry Boat could and should inspire families to come up with their own lists of special places and activities, and spin a private web of adventure.–M.W.

THERE’S NOT A LOT of room for women in the grand drama of early California: scruffy-bearded miners get most of the lines. But with the second edition of her capacious anthology, SRJC professor Ida Rae Egli offers other characters for our consideration: female explorers sifting through words, not gravel, for their own sort of gold.

The plainly elegant biographical introductions testify to the hard lots of these 15 writers, in a conscious echoing of Virginia Woolf’s theme. Whether they suffered from moving or from being moved aside, women wordsmiths of that time and place struggled mightily to participate in the exploding West Coast culture, with the “sagebrush realism” that fed a hundred publications in the Bay Area and beyond. More than a century later, Egli’s skillful collection of these women’s best efforts has become a priceless inheritance for anyone looking to dig deeper into our region’s literary past.–M.W.

BROKEN INTO 52 short-read capsules, Santa Rosa writer Michael Goddart’s Spiritual Revolution takes from the teachings of religious leaders and saints the world over and distills their words into easy-to-read simplicities that, frankly, are perfect for the bathroom shelf.–G.G.

UNLIKE THE AUTHORS of many self-improvement and fitness books, Petaluma psychologist and aikido master Richard Heckler can write. What a pleasure to read the elegantly constructed sentences with which he delineates his transformation through martial arts from a schoolyard bully to a conscious seeker. Informed by his experiences as a man, a father, a horse trainer, a psychologist, and–with his wife–the co-director of Petaluma’s Rancho Strozzi Institute, Heckler argues that community is all around us–we need simply to learn how to see and tap into it. His method is through the somatic style of bodywork, but his writing illuminates the many possibilities of the mind and soul.–G.G.

PROLIFIC CHILDREN’S author Jonathan London is at it again, adding to his Froggy oeuvre with this latest tale of the little green guy whose first crush on Frogilina makes his stomach feel as if he’s eaten caterpillars for breakfast and whose uninvited surprise kiss makes him the laughingstock of the school bus. Because this is Froggy, and because this is the wise London, Froggy’s crush isn’t important; the idea of love is. Rather than exploring the burgeoning of a second-grader’s feelings with mockery, Froggy’s First Kiss ends with Froggy loving and being loved by his parents–people who only laugh when you kiss them if you’ve just eaten lots of messy peanut butter from a spoon.–G.G.

HIS PSYCHEDELIC DAYS at Harvard with Timothy Leary and Richard Alpert (Ram Dass) may be past, but consciousness scholar Ralph Metzner, a resident of Sonoma, has continued on in the 35 years since, researching psycho-spiritual phenomena and delving into the experiential possibilities of transformation. Metzner’s newest release, the second edition of his 1987 pioneering work, Opening to Inner Light, pulls together the results of his search into a satisfying encyclopedia of epiphany and inner change.

Metzner’s work lends coherence and literacy to a topic that can sometimes flounder in a sea of warm and fuzzies. He identifies 12 key metaphors for inner transformation–such as “captivity to liberation,” “purification by inner fire,” and “death and rebirth”–and then presents in succinct detail the religious, literary, and artistic traditions that support the metaphors. It’s almost an index to innermost shifts, the ones that are so hard to talk about, that wake us with visions in the middle of the night. For effing the ineffable, there is no substitute.–M.W.

THIS BOOK IS OF especially poignant significance to those who knew and loved Sonoma County writer Suzanne Lipsett, the amender and organizer of psychologist Sukie Miller’s examination of afterlife “experiences.” Published posthumously after Lipsett’s death from cancer last year, After Death postulates that the end of the body’s life is the beginning of a four-part journey of an entirely different stripe. Working from a multicultural perspective that draws on traditions and beliefs the world round, Miller posits the familiar map that when the soul leaves the body, it enters a waiting place in which the “traveler” is transformed from corporeal being to spirit. In the second phase, the spirit is judged based on the acts of the previous life, and then forwarded to the third phase, the realm of possibilities. Here, according to Miller, “the traveler enjoys–or endures–the fruits of judgement.” Finally, the soul is either sent back to earth to reincarnate or escapes to the universal wheel of life, ceasing to inhabit a body. Complete with ending appendices that a terminally ill person may use to envision his or her own journey, After Death is certain to be of interest and comfort to those on both sides of the bier.–G.G.

SEBASTOPOL’S O’REILLY & Associates are much beloved by computer freaks and genuises alike for their entertaining and illuminating computing guides. They are also adored for their Travelers’ Tales series of journeying guides. Now the O’Reilly brothers band together to collect and edit this series of tales about inner journeys, with voices ranging from author Annie Dillard to religion scholar Huston Smith. Based on actual travels in actual foreign lands, these short essays illuminate the transformation of the soul on foreign soil.–G.G.

SANTA ROSA ARCHITECT Ashley Smith uses the three tenets of the 17-syllable haiku form of Japanese poetry to inform his philosophy of home planning, building, and use. Springing from the notions of wordlessness, the infusion of nature, and the importance of creating a sense of time and place, Smith’s book shows the floor plans and designs for seven different “Haiku Cottages.” Part philosophical polemic on living with grace and ease and part self-promoting guide to his own aesthetic, Haiku Cottage offers another way of living with your home.–G.G.