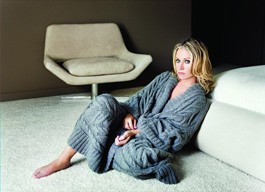 I meet Shelby Lynne outside her Petaluma hotel room, smoking a cigarette. Dressed in jeans, cowboy boots and a Western shirt unsnapped past the part of the body usually reserved for the Heimlich maneuver, her handsomeness is striking, especially her deep blue eyes; when the light’s right, they change to a pale gray, and I see that she isn’t about to take any shit from me or anyone else.

When Lynne won the Best New Artist Grammy in 2001, she ironically had 10 years of recording in Nashville behind her. She’d already released six albums, with material covering Western swing, straight country and pop; she even sang a duet with the great George Jones. The record company weasels had no idea how to market her.

Lynne had moved to Nashville from Alabama as a newlywed with her younger sister Alison Moorer, a singer in her own right, to escape family tragedy. The girls’ parents were musical, and the family often performed together, but Lynne’s father had a temper and an alcohol jones. One night, he shot his wife, then turned the gun on himself.

Lynne settles into a overstuffed couch in the lobby of the hotel to talk about the studio she’s built in her home. Does she employ computer-driven digital recording and editing? “Absolutely not,” she replies. “I don’t know enough about the modern world to do that stuff. It has its purpose, but I prefer the warmth of tape.”

In the 1990s, Lynne packed in her Nashville experience and moved west, settling in the California desert outside of Palm Springs. She signed with Island Records and convinced famed Sheryl Crow producer Bill Bottrell to helm her next record, but once again, tragedy reared its ugly head. In the summer of ’98 Bottrell’s seven-year-old son was found at the bottom of the cliff near the recording studio.

I Am Shelby Lynnewas released in 2000 to glowing reviews. Lynne at last was able to put together her various inspirations and influences in one package, and it brought her the Grammy. It also brought changes in her professional and personal life, as Bottrell’s wife Betty became Lynne’s manager and partner.

On the couch, the singer tells me that having the studio in her home allowed her to focus anew. “I was really enjoying the pure vocal with a very simple production,” she recalls. “I’m out here playing as a musician. That’s what I do. I don’t worry about business. I’m a terrible business person.”

Barry Manilow, of all people, inspired Lynne’s latest release. They met at a Grammy soiree some years back, and the man who writes the songs told Lynne he was a fan and brought up the idea of her covering some of Dusty Springfield’s work. Bottrell liked the idea, and Lynne, who admits that no one can fill Springfield’s shoes, went for it.

Early last year, Lynne entered the legendary Studio A in the iconic Capitol building in Hollywood to record Just a Little Lovin’. She insisted on recording with a Studer two-inch tape machine, much like the one she has at home. Unlike the original Springfield arrangements, which were embellished with strings and brass, Lynne hardheadedly stuck with simple guitar, bass and drums to back the purity of her voice, giving the album a sound the New York Timeshas called “an air of cloistered intimacy and naked vulnerability.”

Not surprisingly, Lynne prefers vinyl to iPods, but “I listen to everything,” she says on the couch. “I get in moods. I don’t know if it necessarily influences my writing, but I know that somehow it does.”

“Plus,” she writes on her website, further extolling vinyl, “you can roll a doobie on it. That’s hard on an iPod.” I can see a twinkle in those eyes.

Scenes from the Aug. 14 NorBay concert at Julliard Park