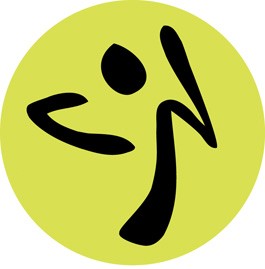 Having fun is the first rule of Zumba

I was in a serious rut, bored on an existential level with my exercise routine. I’d been biking the same route, lifting the same weights and making sun salutations through the same beginner’s yoga all out of crushing and stagnant habit. And no matter how distracting the TV on the wall was, being stuck on a treadmill was feeling like, well, being stuck on a treadmill. I felt like I was flogging myself for past transgressions. I desperately needed a change.

And it was time to step things up.

Years ago, I’d read a quote from the Dalai Lama that one of the secrets to happiness is to do something you’ve never done at least once a month. Or was it once a week? Honestly, all I’ve ever been able to achieve is once in a while, but it’s an idea that I’ve come back to every time the doldrums require conquering. And I’ve found that this something is best if it’s at least a little out of character for me, especially at times when I’m not so sure I like my character very much.

The thing I was most looking for was fun with a capital F—that in the flush of moving and grooving, I would forget that I was also getting exercise. I kept thinking of that line in Fight Club about the fighters starting to “see everything differently”—that “Fight Club gets to be your reason for going to the gym and keeping your hair cut short and cutting your nails.” I wanted something of my own like that, but without all the face punching.

So I picked Zumba.

Zumba is one of the latest crazes in fitness: a combination of aerobics with Latin dance and whatever other high-energy, hip-wiggling dance styles the instructor decides to include in her choreography, from hip-hop to African to belly dancing and South Sea shanties. As best as I can tell, the choice of music (always fast and often techno- and rap-inflected Latin rock) and choreography varies from instructor to instructor. Some make it girlier than others, but all make it girly. Because, if nothing else, Zumba is almost entirely by and for women.

So there I was, rolling up to the throng of women milling outside the doors, waiting for the class—and there they were, immediately surprised and thrilled that a man was going to be joining them. I explained that I’d done some Afro-Cuban dance a few years ago and knew the basic samba step, so I wasn’t going in totally cold. They reassured me that, though it was confusing at first because there’s not much how-to instruction, I shouldn’t worry. Everyone is confused initially.

The first few songs, I did OK. The steps were reasonably easy to follow. Sure, I felt pretty silly prancing and hip-bomping through the more feminine moves and even sillier with all the punctuating cries of “Come on, ladies!” and the high pitched whoooos. I’ll be honest: with this particular teacher, if you’re a straight man, you’ve definitely got to be pretty secure in your sexuality—or at least find all the gender-bending sashaying pretty amusing. Fortunately, female friends had told me that just being brave enough to show up there gets you lots of extra credit with a whole class full of ladies.

But then the “routine” songs started, and I was completely lost. Every couple steps, something new was happening, and I was always behind, off balance, spinning spastically, my brain buzzing with confusion. Every time I started to vaguely understand the choreography, the song was over and the next was even more confusing.

Somewhere in there, though, I was still having fun. All the genuine, unforced grinning and laughter of the other dancers enjoying the class put me at ease and let me laugh at my own mistakes. And when it was over (after three whole songs of confusion), I was sweating like a squeezed sponge and pleasantly exhausted. How did that happen?

Before I left, one of my classmates exclaimed, “You did awesome!” She said I’d done way better than she had in her first class, which felt good. “Don’t worry about getting all the steps,” she encouraged me. “Who cares, as long as you’re moving and having fun? You’ll get the steps eventually—just keep coming back!”

I came back later that week, and now have been going twice a week for the last few months. And I did pick the steps up—slowly. I still got confused, but I stopped worrying about it, and just smiled. I got better at recognizing the patterns, and at jumping in one cycle later when I missed the changes, as I still often do. I learned that the better your form, and the more you swivel your hips, the better the exercise, and that an hour of hip swiveling feels like you accidentally did 200 sit-ups. And I started really looking forward to each class.

I also noticed changes in my body almost immediately. The too-tight-around-my-belly jacket of a week before was now loose. My initially sore knees and ankles started feeling strong and lubricated, no longer crackling all the time, in ways that years of biking and yoga had never fixed. I found myself randomly jumping and skipping (at age 37) just because I could. My old belt has come in two notches. And I feel like I’m really living in my body and enjoying its flow of movement in a way that all these years of being a smart guy failed to give me.

I also remembered something that we, as adults, seem to forget: the nature of real fun. Everything I can think of that is real fun—not just watching a funny movie or cracking a joke, but side-splitting joy—always involves making a complete ass of yourself and no longer being embarrassed about it. We spend so much of our time trying to look cool, to never let down our guard of dignity, that we forget that falling-off-a-chair laughing only happens when we’ve let go of being so damned uptight.

So now I am seeing things a little differently. I feel more confident. I’m downright evangelical about my newly reclaimed health. A few classmates call me the “Zumba King.” (I reply, “There’s not much competition.”) I’m even thinking of buying dance sneakers. Sure, I still occasionally feel like a Brazilian tranny on a Carnivale float, but I’m OK with that. Those trannies are clearly having a blast.

And now I’m the one telling the newbies at the end of the class, “Who cares if you got all the steps perfect? All that matters is that you’re moving, and that you’re having fun.”

Zumba has reached that level of ubiquity where your run-of-the-mill corporate gym offers at least one class a week, which is why you won’t find your RoM corporate gym rounded-up below in what we are the first to admit is an incomplete snapshot of tri-county Zumba classes. But, like the New Year and new commitments themselves, it’s a start!