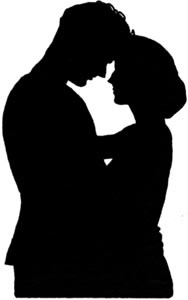 Operating instructions for the sexually challenged

AS ANYONE who pays attention to the news–and to politics in particular–must surely be aware, there are certain nefarious forces afoot these days that claim, quite loudly and vociferously, that the institution of marriage, if not exactly being faced with imminent extinction, is surely being seriously threatened.

While one might agree that marriage–the spiritual union of any two loving and committed souls–is not always what it should be, one could strongly disagree with the solution proposed by these political troublemakers: namely, that the legal definition of marriage be confined to couples of separate genders (i.e., one man, one woman).

This solution will never save marriage. It will only limit it to the group of people who, all on their own, have managed to push divorce rates so high that modern marriages have a mere 50/50 chance of lasting. The real threats to marriage are such things as husbands who sleep with women other than their wives, and such things as prenuptial contracts and social pressures that force young people into unhappy shotgun liaisons merely because someone got too frisky to use a condom.

Then there’s the No. 1 threat to modern marriage: boring sex.

As the great philosopher/comic Phyllis Diller once said, “Marriages are pretty much like apples on a tree. They’ll go bad if someone’s not plucking the fruit now and then.”

With this in mind, here’s a short list of Valentine’s Day gifts, specially designed to add a little spice to any couple’s bedroom. For best results, however, it is suggested that these helpful books, games, and the like be employed regularly throughout the year, not just on Valentine’s Day or wedding anniversaries.

101 Great Quickies by Laura Corn is a novel twist on the standard sex guides that fill bookstore shelves. The pages of this book are actually sealed envelopes, 101 of them, each containing a separate suggestion for a short, spicy commingling. With such curiosity-provoking titles as “Delicious Torture” and “Lickity Splits,” the possibilities are obvious.

The Sensuality Shoppe, in Sebastopol, is a treasure trove of potential marriage-enhancers, from negligees and silk boxer shorts to Botanica Erotica organic massage oils, edible lotions (see “Natural Urges,” page 16) and, er, toys. Among the most ingenious and psychologically satisfying offerings are an array of bedroom board games, with titles like “ForePlay” and “Speak Love/Make Love,” specifically created to strengthen the bond between lovers as they get certain juices flowing. A good one is “Romantic Rendezvous,” a game of love, intimacy, and adventure, in which the two players toss their dice and move around a board, stopping on squares with pointed suggestions–from kisses to declarations of love to, well, you get the idea–that must be acted on immediately before play resumes. The nice thing about these games, of course, is that everyone wins.

For a more cerebral approach, may we suggest some good steamy poetry. The Love Poems of Rumi, translated by Deepak Chopra, offers some of the most tantalizing words of love ever crafted in any language. For a more modern touch, Diane Ackerman’s collection of poems The Jaguar of Sweet Laughter includes some of the most heart-rate-accelerating poems in recent memory.

InterCourses: An Aphrodisiac Cookbook, by Martha Hopkins and Randall Lockridge, is perfect for the couple that feels the urge to cook together. Beautifully illustrated, the book reveals such tantalizing treats as grapes rolled in almonds and ginger and Thai chicken with peanut sauce, recipes in which the preparation is as stimulating and the, um, consummation.

Who knows, with such relationship enhancers as these, even Newt Gingrich might have stayed married. May he have better luck with his next partner, whoever she–or he–might be.