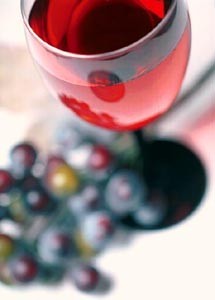 The jury is still out on local ’99 bottlings

MICHAEL J. FOX may be pulling the plug on his hit ABC sitcom Spin City, but the spirit of that irreverent series lives on in the hearts and minds of grape growers, and winemakers throughout the Golden State are putting the best spin on the results of last year’s unusually cool growing season.

As the 1999 harvest finally drew to a close, several weeks later than usual, one veteran North Coast vintner showed absolutely no sign of concern.

“Even though the crop was late, the quality was good,” he says. “Besides, regardless of the quality, we’re pretty much guaranteed of two straight outstanding vintages.”

It may sound as if the vintner was talking in circles, but he actually was making perfect sense–from a marketing perspective. You see, he figures bottles dated 1999 or 2000 will be big sellers based on their collectibility–last vintage of one millennium, first of another–even if the wine inside is below par.

Fortunately for those more concerned with the wine than the packaging, it appears the ’99 harvest will yield many wines of very good, if not outstanding, quality.

“The effects of La Niña created a long, cool growing season that produced normal to lighter yields per acre,” says John De Luca, president and CEO of the Wine Institute in Rohnert Park. “The longer hang time for the grapes concentrated the fruit flavors and deepened the colors–quality markers for an exceptional vintage.”

“Exceptional” may prove to be a bit of an exaggeration, since the expanding vineyard acreage up and down the state and the lateness of the harvest conspired to stack up picking crews.

Those who were able to harvest when their grapes’ sugar levels were optimum should be in good shape. Those who anticipated a labor shortage and hedged their bets by picking early, as well as those who lacked picking crews at the “right time” and thus were forced to harvest late, could see quality compromised.

“The cool ’99 growing season had all the makings of a great vintage like ’91,” he says. “The issue in this vintage was September’s lengthy coolness and the accompanying drizzle and overcast that never broke up all day long.”

Usually winemakers can count on a warm or even hot September to ripen grapes growing almost anywhere in Sonoma County.

“Finally, an October heat spike skyrocketed grape sugars in some vineyards to 27 or 28 degrees brix,” Bursick adds. “Wine growers who could pick in that optimal window between September drizzle and October heat blast will be tremendously pleased with the results.”

“Although we were concerned at the end of summer by the cool weather, the warm October temperatures were perfect,” De Loach says. “We got fantastic flavors and good yields as expected and within normal parameters.”

Yields were not uniformly “normal” across the county, however.

“Yields were almost normal for most varietals,” says Rick Sayre, vice president of winemaking for Rodney Strong Vineyards in Windsor. “However, cabernet sauvignon, sauvignon blanc, and zinfandel are down by about 20 percent.”

Sayre adds that grape quality, “in general, is very good.”

“I have high expectations for our wines,” says Bursick, “and other winemakers are making superlative comments, about this vintage, that I haven’t heard in years. Concentration, flavor, and color all seem to be outstanding.”

Anne Moller-Racke, vineyard director for Buena Vista Winery in Sonoma, was equally upbeat. “The potential is high for spectacular cabernet sauvignon,” she says, “especially from Carneros.”

Other vintners from other regions of the state offered similarly hopeful reports, although few had experienced a harvest that both was so late and dragged on for so long.

Daniel Gehrs, a veteran Central Coast vintner, says more fruit in that region was harvested in November than in September and October combined. “I’ve never seen that happen before,” he adds.

What does that mean for wine quality?

Artful spinning side, California’s 1999 vintage figures to be a mixed bag, producing wines that span the quality spectrum from slightly below average to outstanding–depending primarily on the sugar levels at which the grapes were picked. Quality is expected to be highly variable from region to region and varietal to varietal.

So when 1999 white wines begin to hit merchants’ shelves later this year, a good policy for consumers may be to purchase the ones they like in quantity. *