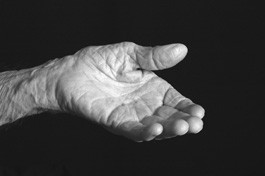 What gives? The California insurance commissioner has begun an inquiry based on a citizen complaint and the investigation contained in this story.

During the busiest, most emotional season of the year, seniors and their family members must make decisions affecting their prescription drug and supplemental Medicare coverage for all of 2007. And the information they’re using to make their decisions may not be as unbiased as it appears. At least one for-profit Bay Area insurance agency is being investigated for its potentially misleading marketing materials that could lull Bay Area seniors into thinking the company is an altruistic nonprofit. While this particular situation only affects seniors, it’s an interesting glimpse at the potential pitfalls in the trend toward privatizing services traditionally provided by the government.

The open enrollment period for choosing a 2007 Medicare plan is Nov. 15-Dec. 31. However, prices and coverage policies will change Jan. 1; to switch on that date, applications must be filed by Dec. 8.

Early this month, the feds mailed out a 116-page booklet, Medicare & You 2007, which Congressional Democrats criticized as leaning heavily in favor of private insurance plans while downplaying the traditional government program.

Confused Northern California seniors thumbing through this massive official document may have been relieved to also receive a colorful, easy-to-understand mailer offering free advice from a “Medicare specialist” by calling the toll-free number for the San Francisco-based Senior Educators.

Only in one spot–in extremely small type–does the brochure list Senior Educators’ officially registered name, Professional Senior Educators Insurance Services. This is a for-profit firm that earns its income from signing up seniors with Medicare coverage from private companies–a situation the mailer characterizes as being “licensed to discuss your healthcare options.”

“We’re a business, we’re not a nonprofit,” agrees company spokesman Conor Lee. “Our business basically is that we give people unbiased information for Medicare plans, because we enroll people in the vast majority of plans out there and we get paid about the same amount per plan. We don’t advocate for one particular plan.”

The company’s goal, Lee asserts, is to simplify the Medicare process through easily accessible information–with no long waits on hold as on some governmental phone lines–thus assisting seniors in making wise choices among the plethora of private plans. “We really are proud that our customers come back to us, because we make good recommendations and really work with them to find a plan,” Lee adds. “We’re a business, but we’re in it for the long term.”

The company’s website touts its “unbiased guidance” and its online address ends in “.org,” which many people associate with nonprofit organizations. It takes an extremely thorough reading of either the website or the brochure to learn that Senior Educators is a for-profit business. It’s easy to come away with the impression that this a nonprofit group, selflessly operating for the benefit of California seniors.

Lee says the website is being revised and that seniors who call the toll-free line are informed that Senior Educators is not a nonprofit organization.

Yet a recent press release sent to Bay Area media neglects to mention the company’s for-profit status. A story in the Nov. 12 issue of the Oakland Tribune quoted Senior Educators president Brian Poger on the complexity of the Medicare changes for 2007 and highlighted a Hayward resident who successfully used Senior Educators’ services, without ever mentioning that this is, in fact, a for-profit company.

And Senior Educators isn’t the only outfit with promotional efforts that folks might easily misinterpret. Cindy Scarborough, executive director of the Vintage House Senior Center in Sonoma, received copies of a “special issue” of The Seniors Coalition Advocate with a cover story titled “The Medicare Drug Benefit: One Year Later,” so she put the publication out where the center’s many visitors could read it. A sharp-eyed senior spotted it, and explained to Scarborough that both the AARP Bulletin and Ralph Nader’s Public Citizen have identified Seniors Coalition, United Seniors Association and 60 Plus Association as “advocacy” nonprofits reportedly funded by the pharmaceutical industry.

Scarborough says there could be other misleading publications being distributed. “I’m guessing this is the tip of the iceberg, because there is so much money at stake.”

The current approach to Medicare needs to be revamped, says Congresswoman Lynn Woolsey, D-Petaluma. It’s currently illegal for the government to negotiate lower prices with pharmaceutical companies. Woolsey says that’s one of the first things that needs to change when the newly elected Democratic majority hits Washington, D.C. “It’s clear that our healthcare system is broken, but rather than privatize so the lucky few can afford healthcare, we need to step up and put together a plan that will have universal coverage.”

Meanwhile, seniors are faced with an overabundance of options and not much time to understand the changes in store for 2007. Many private plans have increased premiums, changed the drugs covered and enlarged what’s known as the “doughnut hole,” where total prescription costs run so high that seniors have to start paying the full cost of their drugs until catastrophic coverage kicks in.

Neil Bodrog, outreach coordinator for Marin and Sonoma counties for the state-run Health Insurance Counseling and Advocacy Program (HICAP) notes that one company, considered by many to offer the best plans in 2006, is tripling its basic premium from $5.41 a month to $15.70 in 2007, and is no longer offering a separate plan with full coverage for brand-name drugs. The cheapest local monthly premium for a basic plan in 2007 will be $9.70, he adds, and one with complete coverage of brand-name prescriptions runs $74.80 a month.

There’s also a category known as Medicare Advantage or Senior Advantage, in which private insurance companies provide healthcare benefits. In 2006, there were 25 Advantage programs in the greater Bay Area; in 2007, there will be 43.

Bodrog says seniors often feel they have too many choices. “It’s like walking into a supermarket and facing a wall of cereals and not having any information on what to pick.”

Seniors need to thoroughly understand the plan they have this year and how it will change in 2007, says Bonnie Burns, a training and policy specialist for the nonprofit California Health Advocates. (Details are online at www.medicare.gov; or call HICAP at 1.800.434.0222 for personal counseling.)

“Most people are concerned about their prescription drugs, but if they’re in a managed HMO health plan, they also need to know how their health coverage may have changed, and the cost,” Burns says. “Unfortunately, this issue has more layers than an onion.”