[Note: I am currently on a NEA fellowship with the Visual Arts Journalism Institute, which brings 12 U.S. and 12 international journalists together for a two-week intensive at American University in D.C. This is the first assignment.]Seeking AmericaCan you define a country through its capital’s art?

By Gretchen Giles“Are these all monuments to war?” the Colombian journalist shouts up from the back of the bus. As seen from a hired coach lurching along in June’s humid heat, Washington, D.C. resolves as a kinetic collage of green vegetation, burdened tourists and white structures honoring dead men who fought old wars. Not all, the tour guide reminds, remembering to point out the small marble bandstand commemorating the District of Columbia itself, the few nods to such virtues as valor, the Washington, Jefferson and Lincoln memorials and a newly constructed monument to Franklin Delano Roosevelt, the four-time president who didn’t actually ever serve in the armed forces. Otherwise? Well, yes.

Washington, a grand city built with the specific intention of being the nation’s capital, relentlessly celebrates its wars and its war dead. A country so young is a country that still bristles with the don’t-tread-on-me creed of a challenged adolescent. Born of war, the fight and its human loss are celebrated in Washington. But is this really how America wants to be seen?

Indeed, America seen and America defined are central tenets to the art collections a rushed visitor flits past in many of the capital’s galleries and public spaces.

The country’s largest war memorial, Arlington National Cemetery—virtually a city, peopled as it is with thousands of school groups, weary parents and foreign visitors—has a surprisingly refrained manner of honoring its dead. The white marble headstones of those who have served are placed exactly 22 inches above ground and 22 inches below ground, their markings noting the rank and home state of the soldier who lies beneath. Others are simply carved with a woman’s name, her dates of birth and death, and the left-handed phrase “His Wife.” (Who “he” is remains a mystery to those unschooled in military etiquette or the cemetery itself.) On a hill overlooking the city, John F. Kennedy’s grave is guarded by an endless flame, his widow and their dead children placed close beside him. Lying adjacent to a silent infinity pool, Robert Kennedy merely has a single exquisite cross marking his spot.

In contrast, designer Lawrence Halprin’s 1997 monument to FDR wanders on for some seven acres, features five noisy water areas, three statues of the president and one of First Lady Eleanor Roosevelt, three bronze scenes of the Great Depression, several bas relief installations intended for only the tallest blind people and even a large friendly depiction of the White House dog. Set along the sweet-smelling Potomac, the rushing waters of the monument and its many seating areas provide the visitor relief but its flabby narrative ramble finally exhausts any captivation. How about just a single exquisite cross?

Naturally, the era defines the style. The Kennedy brothers were honored with the grief-stricken minimalism of the 1960s; FDR, with the money-drenched over-blow of the 1990s. The newly completed WWII memorial is as commodious as a Costco, but inviting to heat-flushed families, the children splashing through the generous fountain, the adults glad for a seat. Maya Lin’s 1982 tribute to the dark failures of the Vietnam War is a burial slash in a hill that visitors file past, some making rubbings of the names carved there, some leaving flowers, some crying; everyone can see themselves reflected in the polished granite face. Death, death and more death mark the traffic circles and lush parks of the city that defines America. 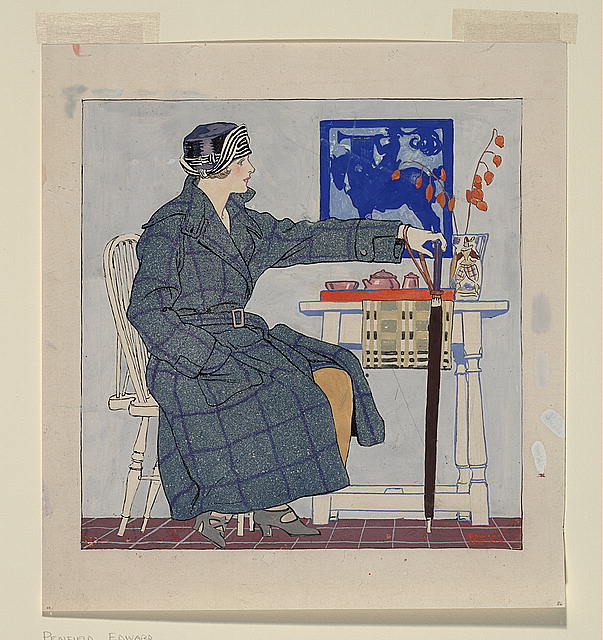 Outside of the marbles of the nation’s capital, America has easily defined itself as a nation through the skill of ad men and art directors, who readily show us who we are by what they want us to buy.

Less than an hour south of D.C., a private cache of art so uniquely American that none other than Americans crave it is thoughtfully displayed at the Kelly Collection of American Illustration. Situated in the private home of Richard and Mary Kelly, this is art that wasn’t intended to be such. Rather, these work-for-hire pieces—painted by such masters as N. C. Wyeth, Howard Pyle and Charles Dana Christie—illustrate the heroic tales found in young boys’ books, the chaste romance of women’s serials and the many allures of pianos, matches and new-fangled socks. Primarily crafted during a swift 50-year period after printing got cheap and before photography became king, these works richly accompanied the texts of the day, moved magazines and fueled purchases. More importantly from the Kelly’s point of view, they regularly brought art into American homes, making art accessible and populist. Representational, dramatic and fully activated, the work collected here is surprisingly rendered, the artists doing full-fledged easel paintings, earnest completions, that may give as much pleasure from the wall as they did within the covers of a swashbuckler.

While some Saturday Evening Post and Life Magazine covers are displayed among a delightfully quaint handful of advertising fancies, the majority of the work at the Kelly was commissioned to accompany fiction and, almost without exception, depict the moment just before or just after the story’s denouement. The actual events tend to occur, just as Americans like them to, exactly offstage. We don’t really wanna know.

Thrilling children with full-color imaginings of tidy pirates and depicting the rosy warmth of the perfect white Christmas not only sold books and gloves but showed a nation just out of infancy a new ideal, forming an outline of who a prosperous American, relentlessly fair-skinned and trim, should be.

Some of the artists made noncommercial efforts, most notably Harvey Dunn, one of eight illustrators commissioned by the U.S. government to document WWI on paper. The Kelly Collection has a handful of the gritty canvases that were prompted by Dunn’s experience of that horror. The U.S. government has perhaps none. The work that the eight artists brought home, drawn directly from battleground experience and relentless in their depiction of war’s truth, were deemed by the government to be too unsettling to exhibit.

Surely it would have been better if Dunn had only shown heroes amid triumph and, of course—made them from marble.