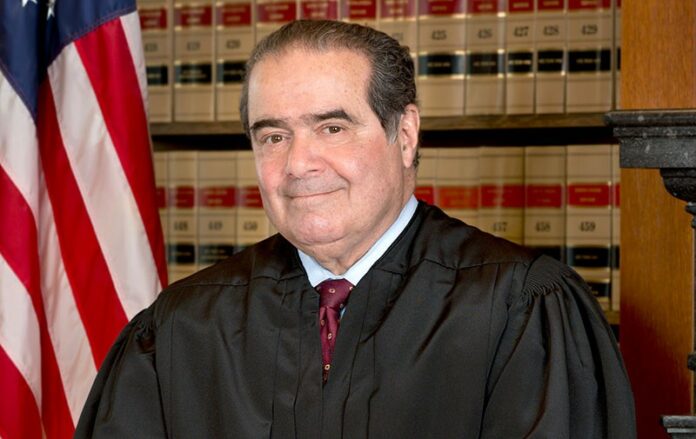 These are serious times that require serious, thoughtful reflection on grave matters of state, such as: Now that Antonin Scalia—divisive American and pugnacious defender of rigging contested presidential elections so your GOP guy wins—has gone to the great Gitmo in the sky, what are the most relevant anagrams that can be made out of his name?

There’s also “in satanic loan,” which is pretty choice, if one believes that Scalia was Beelzebub’s minion, on loan from the devil to do his unearthly misdeeds, and maybe he was. “Satan icon lain” could be the anagram headline following his funeral. “Can ail nations,” sure does describe what Scalia did to this particular nation, such as that time he voted to overturn Miranda rights.

Given his devilish devotion to a nonliving Constitution, it might be true that, upon reaching his final destination, Scalia was heard to shout, “Lo, a satanic inn!” We’ll always remember that time he said it was OK to execute the retarded, because that’s how they rolled in 1791.