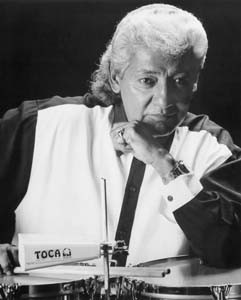 LIKE A FINE chardonnay and a golden autumn sunset, there’s just something about wine country and the emotive strains of jazz that complement each other so well. While the fall arts season brings to the county many noteworthy acts–from country crooner Trace Adkins to British reggae star Pato Banton–the sizzle of a hot sax still warms the hearts of local jazz fans.

Of course, the king of wine country jazz is the 22nd annual Russian River Jazz Festival, hailed as the ultimate beach party (and, hey, the beer is cold and cheap). The lineup for this year’s event, on Saturday and Sunday, Sept. 12-13, runs the gamut from lite-pop to fusion to straight-ahead piano jazz.

All shows are on Johnson’s Beach in Guerneville on the bank of the Russian River. Tickets are $37 a day or $68 for a two-day pass. Gates open at 10 a.m. (come early if you want a coveted spot on the river, the only place you’re allowed to raise a beach umbrella); music begins at 11 a.m. For details, call 869-9000.

Is swing your thing? The intimate Sommer Vineyards concert series closes Sept. 19 with the swingin’ sounds of the Blue Moon Band, performing in an intimate, outdoor setting at the vineyards in Geyserville. Tickets are $15.

Meanwhile, Spreckels Performing Arts Center is continuing its run of big-name jazz acts that began a year ago. Saxophonist Ernie Watts, who has recorded with everyone from Aretha Franklin to Frank Zappa, performs Oct. 31 at the Rohnert Park venue. Over the years, Watts has performed as a member of the original Tonight Show band with Doc Severinsen. Earlier this year, he hit the stage as part of bassist Charlie Haden’s Quartet West. Watts’ latest CD, The Long Road Home (JVC), is a strong set of straight-ahead acoustic jazz, featuring pianist Kenny Barron, bassist Reggie Workman, and guitarist Mark Whitfield.

On Nov. 28, pianist George Winston–celebrated for his best-selling impressionistic Windham Hill solo recordings–presents a tribute at the Luther Burbank Center to the late, great jazz pianist Vince Guaraldi, best known for his standard “Cast Your Fate to the Wind” and the musical score for the first 15 Peanuts TV cartoons. But Guaraldi’s finest work arguably included his introspective interpretations of “A Flower Is a Lovesome Thing” and other standards given a quiet Bill Evans treatment.

Let’s hope Winston settles into those.

OTHER UPCOMING LBC shows include performance artist Laurie Anderson’s Sept. 3 one-woman multimedia show “The Speed of Darkness,” a meditation on the future of society and technology; a program with crossover Christian rock band Jars of Clay on Sept. 23; ’60s folk legends Peter, Paul & Mary (still puffin’ that magic dragon) on Sept. 27; a performance by country crooner Trace Adkins on Oct. 7; bluegrass great John McCutcheon at a special family show on Oct. 10; an evening with Canadian songstress Anne Murray on Oct. 22; and a night with Irish pop and Celtic folk star Mary Black on Oct. 24.

If British reggae is your cup of tea, Pato Banton may be your man. Known for his positive, anti-drug messages and dance-hall grooves, Banton has contributed raps to reggae rockers UB40. He performs Sept. 11 at Petaluma’s Phoenix Theatre.

For a blast of unadulterated (albeit multi-hyphenated) roots rock, saddle up for the Mystic Theater in Petaluma on Sept. 13 for the return of NRBQ. OK, the big guy–telecaster master Al Anderson–left the band a couple of years ago, but anyone who caught NRBQ last year at Johnny Otis’ final Red Beans & Rice Festival knows that these guys can still rock–and get goofy with the best of them.