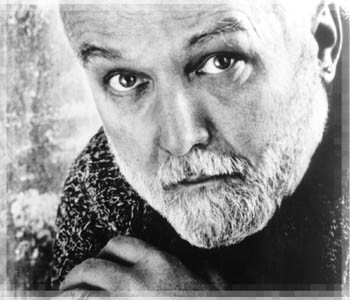 FROM THE BURNING desert of The English Patient to the snow country in The Sweet Hereafter, the geographies in the books of Russell Banks and Michael Ondaatje are as diverse as their prose. Still, these two prolific literary lions are both most quickly identified by mentioning the movies that came from their words. Ondaatje is the author of The English Patient. Banks wrote the books that were the sources for the films Affliction and The Sweet Hereafter.

Such writers reading publicly always face the same questions–whether they were handled gently or roughly by Hollywood, what was included or left out, how it felt to see the omissions and additions. Yielding to these popular questions, the two authors have made the subject of novels transformed into movies the main part of their Feb. 28 appearance at the Marin Center Literary Arts Series.

If you ask me, Banks has had the better luck with his adapters. Paul Schrader’s solid film of Banks’ semi-autobiographical novel Affliction had a justly Oscar-winning turn by James Coburn as the lumbering, drunken father, and Nick Nolte was tragic and feral as the beaten, grievously damaged son. (Echoing other battered kids who were saved by art, Banks has said that if he hadn’t become a novelist, he probably would have become a murderer.)

Atom Egoyan’s film of Banks’ The Sweet Hereafter was maybe the best movie of the 1990s. In his novel, Banks spoke of the unspoken terror of North American families as they try to protect themselves against chance: the random act of violence, the bad influence, the loose piece of machinery that snaps and kills a child.

Meanwhile–and this is the bitterest irony in The Sweet Hereafter–these families are blind to the interior forces that scatter them. By never preaching Togetherness or Responsibility, Egoyan captured Banks’ great themes. How love and admiration is expressed in the worst possible way, as incest. How a father is placed, by a medical emergency, into the position of Abraham, with Isaac shivering in his arms.

Egoyan’s remoteness is as clean as the mountain snows and as eerie as the dirge “Courage” by the Tragically Hip, floating in the freezing air.

A DIFFERENT KIND of remoteness flickers through the work of Michael Ondaatje, whose prose style is elemental and mysterious, where Banks’ writing is clear and calm. Born in Sri Lanka, Ondaatje relocated to the antipodes of the world in Toronto. Still, the heat and spice remain into his novel writing, which seems an extension of his poetry.

The French title for The English Patient is L’Homme Flambé, “the burned man.” Ondaatje’s best-known book contains the epigram “the heart is an organ of fire.” He mentions “the antlered helmet of fire” the burning pilot wears when he is rescued. A burning heart also turns up as an image in a page of Ondaatje’s poetry in the collection Handwriting.

Rereading The English Patient, all alight with fire symbolism, is so much easier than rewatching the movie. The film seemed to lose its way, touching all the corners of a novel that’s simultaneously expansive and compact. It lost me with its emphasis on the romance of the stiff English–Kristin Scott Thomas and her double, Ralph Fiennes, thin already at his precooked weight.

Gorgeous as the movie could be, I had to cheer Seinfeld’s Elaine (Julie-Louise Dreyfus) when she broke up a screening of The English Patient by yelling “Wouldja hurry up and die, already?”

Statelessness is kind of a religion to Ondaatje, who writes about Hungarians in the Sahara and Sikhs prowling the Suffolk downs. When Ondaatje decided to write about America, he chose legendary figures of whom the historical facts are scant: the elusive jazz trumpeter Buddy Bolden (in his fictionalization of Bolden’s life, Coming through Slaughter) and Billy the Kid, in his 1970 The Collected Works of Billy the Kid. The book about William Bonney is woven out of scraps of poetry, news accounts, interviews: scraps gathered, as if they were pulled out of a fire.

Banks, by contrast, chose not a common outlaw for his American epic novel, but a titanic one. Banks’ novel Cloudsplitter is titled from the Iroquois name for an Adirondack mountain that overlooked John Brown’s farm in upstate New York. The honorific also applies to the towering figure of abolitionist John Brown, American history’s most celebrated terrorist, whose murder of pro-slavers and seizure of the federal arsenal at Harpers Ferry precipitated the Civil War.

There are at least two ways of looking at Brown. Thomas Hart Benton’s mad-heroic portrait of Brown in the Kansas statehouse illustrates the passionate view. In the mural, Brown stands twice the height of an ordinary man, holding an open Bible with Alpha and Omega written large on its pages. Maybe Banks was thinking of this painting when he described Brown’s visage as “the face of a man who had been gazing on fires, who had routed the attendants of fires . . . the man who dared to swing open the iron doors and peer inside.”

Contrast that strength with Edmund Wilson’s more cool summing up of Brown, in his brilliant book of essays on Civil War literature, Patriotic Gore. “This madman,” Wilson calls John Brown, reminding the reader of the insanity that ran in Brown’s family, root and branch. Wilson credits Brown’s cult to “the capacity of self-delusion of the Bible-drugged New England idealist.”

Either way, it’s hard to think of a more vivid contrast to the coolly remote personalities who inhabit The English Patient.

Something slithered away from Ondaatje’s pages when the novel was about to be captured for screening purposes. Or perhaps symbolism just looks screamingly literal in a movie. (Maybe Michael Powell, a British director who took English rectitude and ripened it into lush reveries, could have made The English Patient in his customary fiery stained-glass-window brightness–instead of the nostalgic cream and bone colors used by the admirable cinematographer John Seale.)

When Ondaatje writes about different levels of pain–burning alive, Nazi torture, the minor injuries a furious woman inflicts on her stubborn lover–he always describes the scars instead of the wounds. The pain is always elsewhere.

In Ondaatje’s most recent novel, Anil’s Ghost, his heroine Anil is a forensic examiner who re-creates injuries through the marks left on skeletons. Ondaatje seems to be in the same line of work as Anil. In Ondaatje, violence is abstract, touching down and moving on, impossible to perceive except through its aftermath.

Banks, who experienced plenty of violence growing up, writes of it with the sense of injustice that is still awake and pain that’s still vivid. It’s the American in Banks that thinks there is truth and justice somewhere.