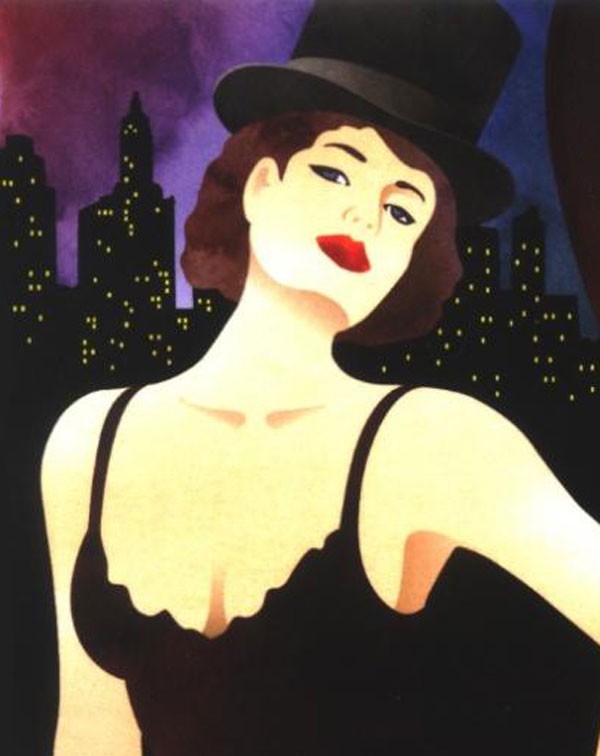 'Chicago' gets an encore weekend at the Spreckels Center

The last performance of a show is a bittersweet time for the actors and crew who’ve worked so hard—often for weeks or months—to make three or four fleeting weekends of theater possible. It is the point that, at last, the show must not go on.

But at the cast party for the Raven Players’ hit production of the musical Chicago—which played to raves and full houses last February in Healdsburg—director John Degaetano made a speech to his cast and crew that somewhat allayed the sense of sadness.

“In my speech, after the last show,” Degaetano recalls, “I remember saying, ‘The sad thing is that we’re were closing this show we all love so much. The good thing is, I’ll be seeing you again in a few weeks—and we get to do it all over again.'”

This weekend, the original cast and crew of the Raven Players’ Chicago present a rare encore performance to the show, transporting the entire production from the Raven Theater to the larger, somewhat fancier environment of the Spreckels Performing Arts Center, in Rohnert Park. The three encore performances begin Friday, March 30, and continue through Sunday, April 1.

“It’s very exciting to have the opportunity to present the show again, and to bring it to a new audience,” Degaetano says. “Making it happen was a matter of coordinating a date, and cast availability, which wasn’t easy. It’s a big cast, and a big show. We’re making a few changes to adapt to the larger stage at Spreckels, but everything we’re changing is just making the show better.”

One of the elements Degaetano looks forward to during the upcoming weekend’s performances is a significantly better lighting system than what the Players are used to at the Raven.

“Yeah, we had some limitations,” he laughs. “Certain areas of the Raven stage can’t be lit at all, because of the way the lighting system is, and we have some lighting instruments that have a life of their own. They decided for themselves when they want to come on and go off, so we sometimes had to deal with that.”

Asked what the most rewarding part of this production has been for him, Degaetano first dutifully mentions the strength and talent of his cast, before settling on the number-one thing he feels the most satisfaction from.

“Getting the licensing!” he laughs again. “Only five percent of the companies who ask for licensing rights to Chicago get them. We did!”

David Templeton
Previous articleNicki Bluhm’s Van Sessions: “I Can’t Go For That”
Next articleMarch 28 – April 3: Across the Bridge