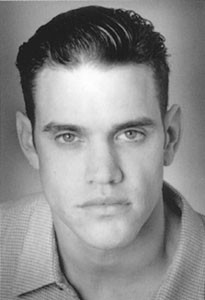 Boonville. John couldn’t believe the town was actually named Boonville. It wasn’t just an expression, a private joke among his family describing where his whacked-out, alcoholic grandmother had lived and made squirrel sculptures from driftwood. This place existed.”

So begins the encounter between a stranger and a strange land in Robert Mailer Anderson’s funny, frenetic, and occasionally frustrating new novel.

In one sense, Boonville the book (Creative Arts; $21.95) is about Boonville the town, that strange little burg, population 715, that lies 30 minutes or so north of the Sonoma County line. And there’s certainly no question that Anderson, who spent a good part of his early life in Anderson Valley, has the place down cold.

Boonville is the stuff of myth and legend. It even has its own language–Boontling. Stories abound about the shootouts between pot farmers in the hills, the two home-schooled kids who once nailed the highest SATs scores in the nation, and the drunken logger who used a chainsaw to cut his way into his wife’s trailer home, only to hit a power line and nearly electrocute himself.

It’s the kind of place where a stranger walking into a bar should expect to be greeted by a lot of hostile stares and one hearty “hello” from a very drunk man with very few teeth.

But this strange stew of hippies and rednecks and lesbian separatists and radical environmentalists and people too weird to be labeled is hardly confined to Boonville. If you weren’t afraid of hyperbole (and who is these days?), you’d call the thirtysomething Anderson’s novel a Gen-X answer to Thomas Pynchon’s Vineland, a fresh take on the meaning and madness of Northern California itself.

The novel’s protagonist is a buttoned-up ad man from Florida who comes to Boonville searching for answers about his recently deceased grandmother. Like 90 percent of people coming to California, John is also looking for a new life.

On his first night in town, he somehow winds up dead drunk in a warm pile of locals passed out in the middle of Highway 128. Before long, John is up to his neck in old feuds, new romance, redneck softball games, and pot farming by moonlight, among other things.

But despite his bewildered charm, John is almost beside the point: His real function is to play straight man to a host of characters brought vividly to life in Anderson’s witty and frantic prose.

There are the Kurts brothers, two permanently drunk rednecks with a flair for head-butting. There’s a blind pot dealer. There’s the inimitable Pensive Prairie Sunshine, a radical feminist who speaks in Beatles lyrics and has a fast hand with a can of mace.

And, most of all, there is the lovely and talented Sarah McKay, a second-generation commune resident whose childhood among the hippies may seem familiar to many people in Northern California. Here’s an account of Sarah’s 11th birthday: “To mark the day, Mom’s friends had given Sarah a string of love beads, a bottle of root beer lip gloss, two eight-tracks of Carole King’s Tapestry album, a subscription to Ms., a copy of I’m OK– You’re OK, and a diaphragm. All of which Mom had borrowed the following week. Dad was a no-show, contracting business in Tahoe. ‘Contracting herpes, I hope,’ Mom said.”

Some readers will think that Anderson’s characters are too outrageous to be real. These readers either don’t live in Northern California or live here but need to get out more often. If anything, the truth is weirder than Anderson’s fiction.

A more valid criticism of Boonville concerns the author’s lack of devotion to his plot. Anderson has a way with words, a flair for one-liners, and an immense talent for description. But he gets so wrapped up in wordplay that he sometimes forgets he’s telling a story. That’s what makes parts of the book frustrating–the endless tangents and occasional lectures, the devotion to telling over showing.

But here’s the thing: The reader never minds that much. True, Boonville could have benefited from a sterner editing job. But the slow bits are short and widely spaced. And even when the plot seems to be off on vacation in another book, Anderson is usually hilarious funny. Maybe real people don’t talk like these characters, but God you wish they did.

Anderson is sometimes compared to Pynchon, but his writing is more in the spirit of the black comedies of Florida novelist Carl Hiaasen, who offers words of praise for Anderson on the book’s cover.

As Boonville’s popularity soars, a lot of people have a question: Who the hell is Robert Mailer Anderson?

A reader could easily get the wrong idea from the author photo on the book jacket, which depicts a frighteningly good-looking male model straight out of GQ.

The real Anderson looks almost nothing like that. At a recent reading in Santa Rosa, the author ambled to the mike, looked out at the crowd a bit nervously, and then began singing “My Heroes Have Always Been Cowboys.” He’s tall in a slightly awkward way, and slightly geeky in an appealing way.

Of course, nobody is supposed to care about the looks and personality of an author in our postmodern world. But we all do, so the postmod lit critics can sit the hell down and shut the hell up.

And besides, it’s important in this case, because Anderson’s outsider personality helps clarify an essential characteristic of Boonville.

A careless reader might decide that the book is just a hippie shooting gallery, a place for Anderson to line up a parade of cruel stereotypes and then joyfully blast away at them.

That’s entirely wrong. Sure, Boonville often skewers its characters for their selfishness and myopia. But the book also celebrates their heroic eccentricity.

Here’s Anderson describing a commune dweller named Franny, an 82-year-old welder who once helped build the Golden Gate Bridge: “Franny said he had had no use for school after the eighth grade himself. He had jumped a northbound train one night back in 1919, back when the stars really knew how to shine and the horizon was full of promise instead of fluorocarbons and a man with a strong back wasn’t afraid to work an honest day for an honest dollar and he could always find that kind of work and get an education on the railroads and in the timber camps of Oregon and Washington making fortunes for other men who sent Pinkertons to do their dirty work, busting heads and unions, while he spent his sweat and script on women and bathtub gin.”

After that, it might be time to forget Pynchon, forget Hiaasen. Maybe the right point of comparison for Anderson lies somewhere between Beowulf and Don Quixote.