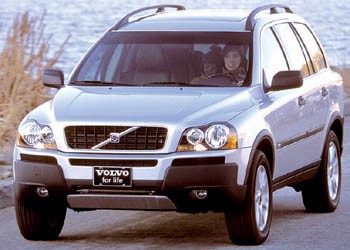 Automakers cave in to anti-homosexual pressure

W e live in a bubble here on the liberal West Coast. This became very evident on my recent foray to Florida (T-Day with the in-laws), when I saw the Exodus gay-reform billboards plastered all over. As Billy and I drove through Orlando, we were treated to all manner of propaganda about how homosexuality is a disease that–with the love of Jesus!–can be treated. Back on the left coast, they were handing out awards to gay cowboy movies.

Then along came the news that Ford would pull its ads from the pages of gay rags like the Advocate and Out, after receiving pressure from the conservative Christian group American Family Association, based in Mississippi. Though Ford denied that the AFA had anything to do with the move by the second largest automaker in the states, it sure did seem like a coincidence.

The AFA’s Donald Wildmon (he didn’t make up that name, did he?) claimed victory and called off the Ford boycott. Since May, the AFA has been collecting signatures for an anti-Ford petition. They collected 110,000 before getting a meeting with Ford. After the meeting, according to the Washington Post, the AFA called off the Ford boycott, and said that the group’s concerns were being addressed. A few weeks later, Ford warned that they would cut ads for the Jaguar and Range Rover in the gay press.

It got me thinking–what is a gay ad exactly? I looked into the backlog at the Commercial Closet (“bringing GLBT sensitivity to corporate advertising”) and found that they were surprisingly . . . bland. Take a Jaguar ad that featured a hunky guy in a polo shirt under words that read, “Life is full of twists and turns. Care for a partner?” The Jag is whizzing along an Italian countryside setting. No throbbing muscles, sweaty torsos or pink triangles.

A more overt ad, run by Ford in Germany for a Pride celebration, showed two men holding hands, one with a studded leather bracelet with the words “As if we only think about cars.” Near the hands reads, “Anhangerkupplung?” which means “hitched or hook-up,” but also refers to a car’s tow bar or trailer hitch. Cute!

Even more sexy was an ad said to run in Sydney’s Gay and Lesbian Mardi Gras program that showed a parking brake pulled up–way up–and the words, “We’re just as excited as you.” But that’s for Mardi Gras–it should be a little raunchy, shouldn’t it?

Ford did say that its Volvo portion of the company will continue to advertise in the gay media. It seems like a smart move to market to gay people, considering that the gay market is actually very family-oriented, thank you. Census data from 2000 showed that one-fifth to one-third of gay households have kids. Volvo sells safety, and safety appeals to folks with kids. Plus, Ford did take out an ad in Australia’s Blue magazine in 2002 that proclaimed, “Volvos are no longer straight.” Ford can’t take that back, can it?

According to Rivendell, a gay media company that puts out an annual “gay press report,” gay advertising has been enjoying a steady increase since 2000. Rivendell’s 2004 report showed that automotive advertising space in the gay press increased 1.7 percent between 2003 and 2004. It also just doesn’t make sense to alienate the queer community, which is angered by the move by Ford. There are signs that the gay community will band together, AFA-style, and lead a boycott of their own. Ford might find itself between a rock and a hard place. Perhaps Ford should remember a basic law of physics: for each action, there is an equal and opposite reaction.

Looks like the culture wars aren’t over after all. Next up on the AFA’s website: Progressive auto insurance company chairman Peter Lewis donated money to the ACLU! And you know the ACLU–bunch of commies who support homosexuals!

If you’d rather boycott something meaningful, e-mail Rev with suggestions at [email protected]