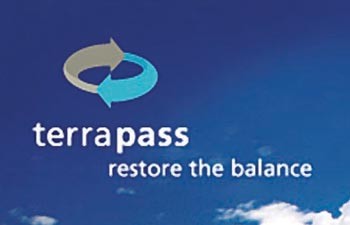 Remember when your parents forced you to make your bed when you were a teenager? Me neither. I never had to because my parents were hippies–maybe that’s way I always hungered for rules and responsibilities.

In many ways, driving a car automatically sets one up for incredible responsibilities. Drivers have to buy auto insurance because they could veer out of control and cause bodily or property damage. Drivers pay taxes on fuel, and portions of this money are spent fixing the roads worn down and potholed by daily commuters.

But what about the environmental toll cars rack up? The tons of carbon dioxide emitted, the oxides and sulfides and other nasty stuff? Currently, drivers get off scot-free for their emissions. But that doesn’t mean they don’t feel guilty about it. Being a car columnist, I talk to many people who look down in shame when considering how much they drive. They explain how they need the car to transport their children. But every time they drive, they tell me, they feel guilty.

“The guilt surrounding cars is so strong,” said Tom Arnold, chief environmental officer of TerraPass, a new environmental company that seeks to assuage drivers’ guilt. “The trick is to turn the guilt into a system that drives change.” Excuse the pun.

TerraPass is one such system. It acts by neutralizing your car emissions’ impact through a membership program. In order to become a member, you first calculate the carbon dioxide emitted from your car using the TerraPass emissions calculator. From there, you are assigned a member level. If you drive a hybrid or a small, fuel-efficient car, you contribute the least amount of CO2, and pay only $29.95 per year for a membership; on the other hand, a gas hog like a Suburban will run you $79.95 per year.

TerraPass then takes the money you submit to invest in projects that will reduce global warming. The company focuses on three types of projects: clean energy, industrial efficiency and greenhouse gas. This might mean it trades carbon credits, support green energy production or fund methane-abatement projects. Members proudly display the TerraPass sticker on their windshield, proof positive that at least they’re trying to do the right thing.

Much hailed in the media since the business started early this year, TerraPass began as a project with the Wharton School of Business. It is now entirely web-based (www.terrapass.com), with a physical address in Menlo Park–deep in the heart of Silicon Valley, of course.

“Guilt gets people’s attention,” Arnold said, “but we think of this as a fun way to do good as you drive.”

Though it would be lovely to imagine SUV owners ponying up to their guilt–and they should, SUVs pollute considerably more than passenger cars (according to the Sierra Club, a Ford Excursion emits 134 tons of CO2 during its lifetime, while a Prius emits 32 tons)–only 20 percent of TerraPass customers drive SUVs. The remaining 80 percent drive passenger cars, with 13 percent of those being hybrid owners (quite a high number considering that only 1 percent of the cars on the road are hybrids).

So far, TerraPass has only 1,850 customers, but CEO Arnold is confident those numbers will grow.

When asked how the company attracts more and more customers, Arnold said that the key is its existing customers. “We’ve got an extremely passionate customer base,” he said. “People want to spread the word about TerraPass.”

One of its campaigns uses Halloween e-cards to spread the word about TerraPass. The best one features a futuristic city where a beater station wagon holding trick-or-treaters has been pulled over by a cop. “This baby internal combustion?” the cop asks. “Let me see your license, registration and proof of carbon offsets.” It’s really not that far-fetched.

No, I don’t have one–yet. Contact Rev at [email protected]