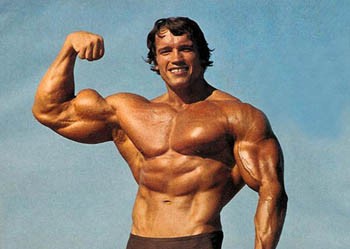 Bully Pulpit: Unable to politic his way through the Legislature, Gov. Schwarzenegger brings his props to the people.

You may not like what the governor’s muscled us into, but you should vote on it

Many progressive voters are still bruised and battered from last year’s disheartening presidential election, but now is not the time for apathy. Several measures on the Nov. 8 ballot could dramatically alter the state–for better or worse. Among the issues that will be decided are several that could drastically shift the balance of power in California. These range from Proposition 75, which would diminish unions’ contributions to campaigns, to Proposition 77, which will determine who will draw the lines for the political districts after the 2010 census.

Gov. Schwarzenegger, whose popularity has plummeted, is behind Propositions 75 and 77, as well as Proposition 76 which would limit the state’s ability to restore full funding to educational and health programs even if revenues rebound. Many Californians are outraged not just by Schwarzenegger’s attempted power grab, but by his call for a costly special election when the state is bleeding red ink.

If passed, Proposition 73 would require women under 18 to get parental consent for abortions. The state constitution would be amended to require a doctor to notify a parent or legal guardian at least 48 hours before performing an abortion for anyone under 18.

This is a dangerous measure, one that could drive teenagers to get illegal abortions or put off the procedure until it becomes too late. Notification could lead to parental abuse of these vulnerable young women or force them to leave for other states without similar requirements.

Another danger: Proposition 73 imposes penalties on doctors who don’t get parental permission; this could make physicians reluctant to perform abortions for women under 18. These young women are already facing enough hardship–we don’t need to make their lives any more difficult. Antichoice forces may see this as an incremental step toward banning abortion.

Currently, California teachers can be fired for just about any reason during their first two years; after that, a school system must show just cause for dismissal. This measure would expand that probationary period to five years and give school officials more power to fire tenured teachers. This may sound appealing; in some cases inept and uninspired teachers hang on too long, a disservice to students. But this bill, one of the Schwarzenegger special-election measures, wouldn’t improve education; it would make it worse. Why? Teaching in California’s already underfunded schools would become even less appealing, discouraging some prospective teachers.

The bill would also make it easier to fire tenured teachers for almost any reason, even a personal or political difference. Outspoken or progressive teachers could endure the wrath of conservative administrators, or a teacher leading the battle for better compensation could get shown the door. Even those who don’t get dismissed could be chilled by this measure. Rather than risking termination, they may shun potentially provocative coursework or avoid imaginative and innovative approaches in the classroom.

A highly partisan bait-and-switch measure that is pitched as a way to stop unions from diverting mandatory dues toward political campaigns, Proposition 75 instead means to diminish these funds. Taking aim at a top funding source for Democrats–and notably not any of the corporate sources that typically fund Republicans–Proposition 75 prohibits using public employees’ union dues for political purposes without their consent. Thus unions would need consent from each member before using his or her dues to support a candidate or measure. With less of these funds, the major financial backer of candidates becomes corporations (as well as wealthy individuals), with predictable results.

At a time when we should be championing campaign reform that would level the playing field, Proposition 75 would be a giant step backward. “The U.S. Supreme Court says no public employee can be forced to join a union and contribute to politics,” note Proposition 75 opponents; those who don’t want to contribute already have an out. Anyway, mandatory union dues can’t be used for politics; only money that employees consent to donate via a paycheck deduction may be used for campaigns. The system is fine as it is.

Warning! Danger! Alert! This ungainly measure would limit the state’s ability to restore funding for schools and public health. It would limit the state’s spending to the prior year’s level plus the average revenue growth of the three previous years. It may sound like a fiscally conservative measure, but it’s a power grab by the governor’s office. Not only would it end school funding levels guaranteed by Proposition 98, it would give the governor more power to cut state programs.

This measure would tip the fragile balance of state power heavily toward the governor and away from the Legislature. Though some in the state are fed up with the Legislature’s partisan bickering, giving the governor unchecked power is no panacea. Under Proposition 76, the governor could declare a “fiscal emergency,” and if the Legislature doesn’t agree with the governor’s wishes, he could eliminate programs and cut state employees’ salaries. This isn’t governance–it’s termination. No wonder Schwarzenegger wants it. Don’t give him the hammer.

The lines that define political districts, drawn by the Legislature and approved by the governor, often determine whether a district is Republican or Democratic. This bitter and partisan process occurs every 10 years, after the U.S. Census comes out. Gov. Schwarzenegger says he wants to take politics out of the process by handing this responsibility to a panel of three retired judges. The lines are slated to be drawn in 2010, when Democrats will likely still be the majority party.

But Republicans have another idea: if they can control the judicial panel in charge of redistricting, they can gain more seats. This happened recently in Texas and led to Republican gains in the state and federal delegations. Proposition 77 would call for Democrats and Republicans to submit their choices for retired judges and then three would be randomly selected. If two of the three are Republicans, the state could be subject to a radical redrawing of the lines that could lead to draconian alterations of California’s political landscape.

Most Californians agree that prescription drugs should be offered at a discount to low-income and uninsured people, and believe that drug companies are making a killing by selling medicine at extortionate prices. Backers of both of these measures say they’ll reduce prescription drug prices for the needy. But only Proposition 79 has the teeth to coerce drug companies into offering fairer prices. With heavy support from pharmaceutical manufacturers and with more than

Proposition 79, on the other hand, gives California the power to remove drugs from the list approved by Medi-Cal. So if a drug manufacturer doesn’t play ball, it stands to lose much of its sales in the state. Proposition 79 would do more for those most in need.

Advocates of an unfettered free market got their way in the late ’90s, and it wasn’t long before Californians’ utility bills were skyrocketing. Deregulation opened the way for sleazy corporations like Enron to manipulate the electricity market and send rates soaring. Proposition 80 seeks to ensure that the state’s rate-payers never again have to endure falsely generated spikes in power prices.

Proposition 80 would give the state Public Utilities Commission broader powers to regulate the power grid. Sponsored by The Utility Reform Network (TURN), it “guarantees a stable and reliable electric system with ample supplies of clean, affordable power,” says TURN’s Mindy Spatt. Though we don’t subscribe to such a Pollyanna view, we do see Proposition 80 as an incremental measure to help prevent another summer of rolling blackouts and unreasonable prices. Help prevent unscrupulous companies like Enron from screwing California again.