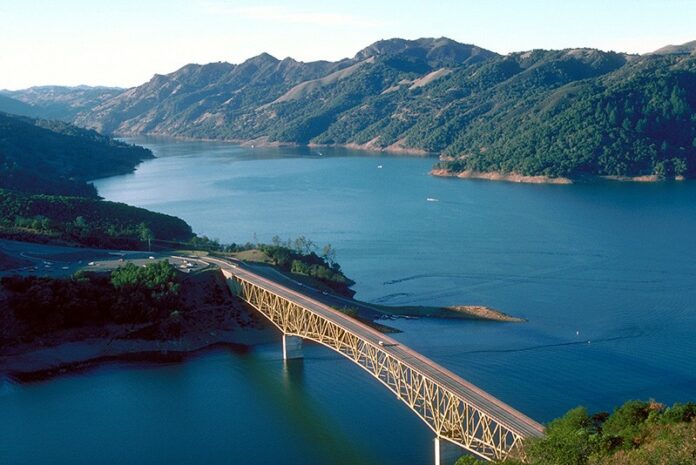 Stop the presses! It’s raining, and that’s a good thing for this seemingly endless drought.

But these late autumn storms that have visited the North Bay—two over the past week, another on its way—offer a more complicated picture than simple drought-busting drops of joy.

The Debriefer is here to help de-complicate matters, with an assist from Brad Sherwood, spokesman for the Sonoma County Water Agency (SCWA).

Sherwood says of course the rain is a good deal for the North Bay. How could it not be? The ground is bone-dry, so “there’s a lot of room for saturation to take place—and we’re seeing that: a lot of saturation. Now with this third storm coming in, we’re looking at more runoff for our reservoirs.”

That’s just ducky, but here’s the rub-a-dub: too much rain too fast could trigger a federal move to drain “excess” water from regional reservoirs.

Sherwood explains that the region’s two main reservoirs—Lake Sonoma and Lake Mendocino, in Ukiah—are co-managed by the SCWA and the U.S. Army Corps of Engineers, like a layer cake. The lower depths are county-managed—the “water-supply layer” for the parched peoples of Sonoma County.

But when the rains come in a big torrential gush, the water will rise into the second layer of the reservoir. That’s when the Army Corps of Engineers takes control of the spigot. Why? The Corps is in charge of flood-dam safety.

The problem is when you get a lot of rain at once, and then it all goes to dust again. That’s what happened in December 2012.

“There was a huge storm that year,” Sherwood explains, “and the reservoirs filled up.”

So much so that the “Army Corps had to release a whole bunch of water for flood-dam purposes.” But it didn’t rain again, so the water pumped out of the reservoirs was never replenished.

Ideally, says Sherwood, there’s a steady flow of cloud-nectar throughout the winter. “You want a good rain to saturate everything and get the runoff,” he says. “You want January to fill up the reservoirs, and then in February and March, you have the supply that you need for the hot summer ahead.”

To avoid the Corps-driven water-waste in future drought years, the county teamed up with the Scripps Institution of Oceanography to create better weather forecasting systems so big blasts of rain don’t get wasted.

Sherwood explains that most everyone relies on Doppler radar for making predictions, but the rainmaker-weather that matters in the North Bay often flies below the (Doppler) radar, in the form of a low-lying “atmospheric river” (you may know it as the Pineapple Express). Better weather forecasting would allow the county to ask the Army Corps to lay off draining water if more rain isn’t coming.

Problem is, “in large part, the atmospheric river is not captured in a lot of the forecasts,” says Sherwood.

He says “nailing down the atmospheric river forecasts is a huge priority for the agency”—it’s the biggest potential drought-buster in the county kitbag.

The Proposition 1 water bond that voters passed this year, he adds, has some funding streams that could help the project along. “If we had that in 2012, we could have said to the Army Corps, ‘Let us keep the water.'”