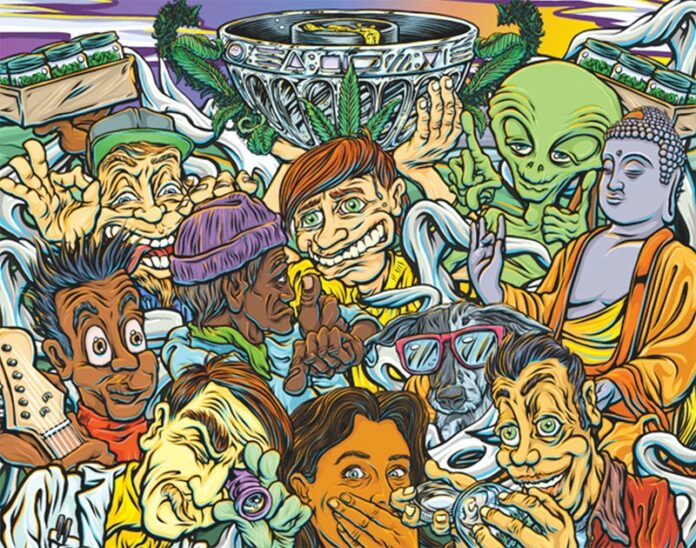 November has been a busy month in the cannabis world.

CBD Guild, the company that was the target of a high-profile raid on June 15 (and my employer), received new permits from Santa Rosa for virtually all facets of production. This means that the company is back to nearly full operation. That’s good news for the 100-pus employees that work there.

Still unresolved is the legal case against CBD Guild co-founder Dennis Hunter and the fate of the seized cash, equipment, computers and finished goods. The fact that the company was able to sustain itself over the last five months stripped of all means of production is a testament to the support of the cannabis community. This is very good news for the future of the cannabis industry in Santa Rosa.

In local cannabis circles, the day after Proposition 64 passed was like any other day, except for that presidential election thing. Whether for or against the law, everyone went back to work on Wednesday, neither chagrined nor emboldened. Quizzing those around me on the implications of the successful ballot measure was met with some blank stares. Other than immediate changes to possession laws (it’s now legal for anyone 21 or older to possess one ounce of marijuana or eight grams of concentrated marijuana), the full impact of the law remains to be seen. Complete implementation of the recreational provisions of Proposition 64 may not take place until 2018.

The Emerald Cup is coming to the Sonoma County fairgrounds Dec. 10–11. This will be the fourth year at the fairgrounds. The Emerald Cup is the preeminent cannabis event in Northern California, and as such draws world-wide attention. The event has grown significantly since it started in 2013. With attendance estimated at 5,000 the first year, the event is permitted for 25,000 people now.

There is a consciousness there that can’t be found anywhere else. At Hempcon you might find strippers handing out free dabs, but at the Emerald Cup, you’re more likely to find medical researchers talking about the role of ion channels and CB1, CB2 receptors. You’ll see farmers from Comptche showing off prize-winning lemon skunk, lab scientists talking about terpene isolation and oncologists discussing cannabis and treatment of cancer. You’ll find breeders with unusual cannabinoid profiles and world-class chocolatiers showing off their edibles.

Whether you’re interested in cannabis as a consumer, a retailer, a manufacturer or a social or political observer, the Emerald Cup is the only place to be. One piece of advice: Make sure you have your Proposition 215 recommendation with you.

Michael Hayes works for CBD-Guild. Contact him at [email protected].